The MOBI-Kids International Study, coordinated by the Barcelona Institute for Global Health (ISGlobal), did not find a causal relationship between the use of mobile phones and wireless landlines and the risk of brain tumors in young people from 14 different countries.

Read also: American surgeons succeeded in transplanting a pig’s heart into a person

In a statement on Wednesday, ISGlobal detailed that the possibility that use of these devices may increase the risk of brain tumors has been explored. ‘Cause of public health concern’Also, due to the large increase in its use by young people.

The study published in the journalinternational environment’, he has She analyzed data from nearly 900 young adults between the ages of 10 and 24 with brain tumors The majority of neuroepithelial type and 1900 controls from 14 countries coincided with cases in date of diagnosis, study area, gender and age.

Read also: They’re identifying a genetic variant that may cause some people to contract severe COVID-19

Participants and parents filled out questionnaires about the history of wireless device use, data whose quality was assessed by two validation studies by obtaining operator records and installing an application for Record your actual usage for four weeks.

ISGlobal researcher and first author of the study, Gemma Castaño, argued that although data analyzed globally suggest that the risk of brain tumors could decrease with increased use of cordless phones, “It is unlikely that these findings represent a protective effect of exposure to these phones.”

Read also: All you need to know about COVID-19 self-test: Use home tests responsibly

Instead, he added, it appears that the results have been explained “Because of uncertainty in reported use when interview-answering cases or controls are not”But parents and also symptoms of cancer before diagnosis can affect the use of mobile cases.

Although this is the largest study of brain tumors in young adults to date, the number of people in the subgroups ‘Maybe too small to make potential connections’ As in specific age groups or time windows, A small increased risk cannot be ruled outAccording to Castano.

However, one of the strengths of the research is that the risks were analyzed in terms of RF and ELF energy estimates of tumor current density, by dose, as well as duration and amount of mobile use, tumor location, The frequency range in which phones and broadcast technology broadcast.

Study coordinator and ISGlobal Radiation program lead, Elizabeth Cardes, emphasized that their results are consistent with the knowledge published to date, but “More studies are needed to understand the relationship between radiation from communication devices and tumors.”. 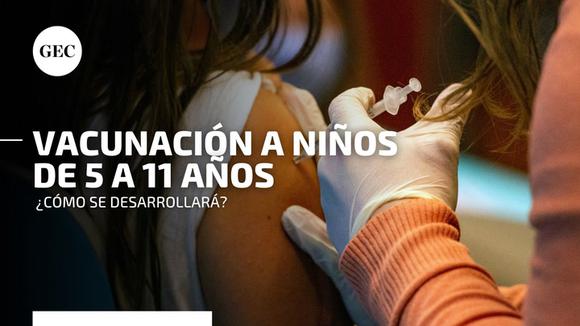 The COVID-19 vaccination process for minors between the ages of 5 and 11 will start from the second half of January, Mensa reported. Learn all the details in this video.