The 2021 NFL regular season is rapidly heading for a thrilling conclusion, with each of the 32 teams having played 14 of their scheduled 17 games. The playoff picture is taking shape, but only the Green Bay Packers have clinched a playoff spot. However, it would take a minor miracle for the Kansas City Chiefs, Tampa Bay Buccaneers, and Dallas Cowboys not to find themselves in the bracket.

Andy Reid’s Kansas City Chiefs (+475 for Super Bowl glory) have hit form at the perfect time. Last season’s losing Super Bowl finalists started the current campaign with a disappointing 3-4 record but have since rallied and won seven consecutive games to enter the final three regular-season fixtures with a 10-4 record. The Chiefs have allowed fewer than ten points in four of their last seven games, and we all know defensively strong teams have every chance of Super Bowl glory. Plus, let us not forget, they have Patrick Mahomes in the pocket, so anything is possible.

The Green Bay Packers (+500) last reached the Super Bowl back in 2010 when they went all the way and defeated the Pittsburgh Steelers 31-25 at Super Bowl XLV. Packers are going into the final weeks of the regular season 11-3 and as the only team to have clinched a playoff spot. What better way to draw a line under Aaron Rodgers’ controversial season than by the veteran quarterback securing his second Super Bowl ring? Two NFC teams most likely to stop the Packers in their tracks are reigning champions Tampa Bay Buccaneers (+650) and the team where all the money is going on if you enjoy sports betting in Texas, the Dallas Cowboys (+1200).

Can The Buccaneers Go Back-to-Back

When the Buccaneers won Super Bowl LV in 2020, it marked the first time since 2002 that they had won a playoff game. Ironically, the Buccaneers went all the way in 2002 and defeated the then Oakland Raiders 48-21. Head coach Bruce Arians has shown last season’s Super Bowl victory was not a flash in the pan as his team goes into Week 16 with a 10-4 record. The Buccaneers fell to a 0-9 defeat at the hands of New Orleans Saints on Week 15 in what was an uncharacteristic low-scoring affair. The defeat halted a run of four straight wins and marked their first loss on home soil. Worrying for Buccaneers fans is their beloved team are 4-3 on the road, which does not bode well for a Super Bowl chasing side. They travel to struggling Carolina Panthers and New York Jets over the next two weeks, so they have every chance of improving their away record. 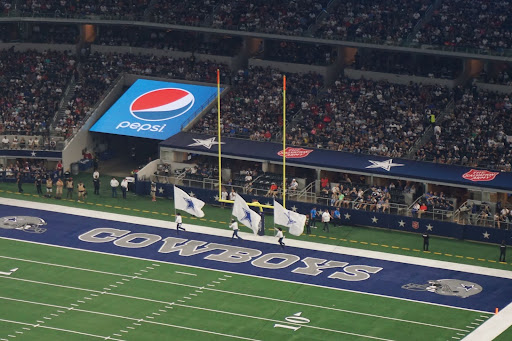 Head coach Mike McCarthy won the Super Bowl with the Packers and has a shot at his second victory with the Cowboys. The men from Dallas are much improved from 2020 (6-10) and go into the final weeks with a 10-4 record. The Cowboys have the third-highest net points with 108, which signifies a team working in unison. Only the Buffalo Bills (151) and New England Patriots (140) have more net points. Cowboys’ final three fixtures are against Washington Football Team, Arizona Cardinals, and Philadelphia Eagles, three teams who still have hopes of reaching the playoffs. This trio of fixtures will be a significant test for McCarthy’s men. Come through it unscathed, and they could be seen as legitimate Super Bowl challengers.

See also  CDMX, Aguascalientes, and Zacatecas, among the cities Uber will call 911 directly