Whatever was sent, the people would immediately receive. Photo: ACN.

A ship with a food donation from Nicaragua arrived in Cuba on Friday to Contribute to improving the complex epidemiological situation on the island and the consequences of tightening the blockade in times of epidemic.

At an event at Mariel Container Terminal, in Artemisa, Elba Rosa Pérez Montoya, President of the Ministry of Science, Technology and Environment (CETMA), on behalf of the government and people of Cuba, thanked for the gesture of solidarity.

The sending of the donation is greatly appreciated, he said, which is another sign of support always received from the people of Nicaragua.

During the reception, it was reported that whatever was sent would be received by people immediately.

# CubaReceives with appreciation the solidarity support of the government #Nicaragua🇳🇮 to face the health emergency and the impact of intensifying the measures imposed by the United States.#CubaIsNotSolo pic.twitter.com/kB6dVYav0s

Perez Montoya conveyed the strength of this Caribbean country, which in difficult circumstances will know how to stand up and show its solidarity, while recalling that The Nicaraguan and Cuban revolutions united common relations on issues of solidarity and brotherhood, Which is more present than ever.

William Antonio Paz Ali, captain of the Nicaraguan ship Augusto César Sandino, stated that he had completed the task of bringing a 30-container shipment to Cuban territory as a solidarity aid from the Nicaraguan government. 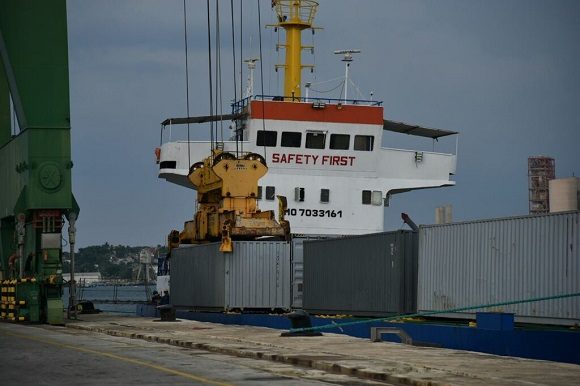 The donation ship arrived in Cuba on Friday. Photo: ACN.

The ship was also received by Luis Cabrera Gonzalez, Nicaragua’s ambassador to Cuba. Gustavo Vélez Olivares, official of the Central America, Mexico and the Caribbean Department of the Ministry of Foreign Affairs of Cuba, and José Angel Concepción Rangel, director of the cooperation that Cuba receives from the Ministry of Foreign Trade and Foreign Investment.

The Greater Antilles has received donations and assistance from countries such as Mexico, Russia, Bolivia, Jamaica and Venezuela, countries that have shown the respect and appreciation they feel for the island. 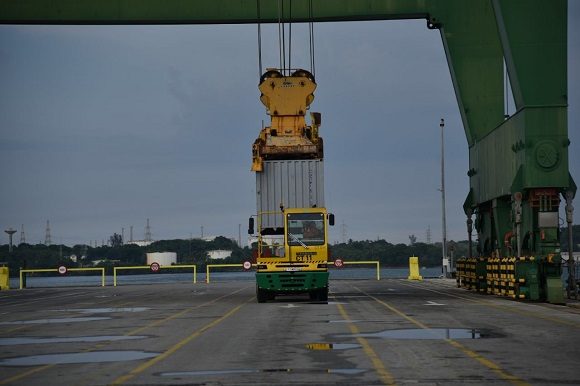 The shipment includes 30 containers as solidarity aid from the Government of Nicaragua. Photo: ACN.