The new green hydrogen plant in Paraguay is located one kilometer from the Itaipu hydroelectric dam, to take advantage of the region’s renewable energy.

Atom Energy Signed an agreement with the bilateral technology park Itaipu employment Paraguay To invest in production facilities hydrogen And the next generation of green ammonia.

The agreement signed between the two enterprises is aimed at large-scale production of these energy resources from Renewable sources. The company intends to increase production from an initial unit of 50 MW by the end of 2024; With plans to gradually increase production up to 250 megawatts. ATOME Energy will simultaneously implement the same project in Iceland, where the company will also have access to clean energy sources.

The ATOME Energy announcement highlights Paraguay’s advantages as a renewable energy hub. Easy access to clean energy from hydroelectric dams, as well as their participation in MercosurMake it a perfect location for such a massive project.

The production center is located one kilometer from the Itaipu hydroelectric dam, with easy access to the river for easy transportation. With markets interested in these products, within Paraguay and Mercosur, it will be possible to offer exports to the rest of the world in the future.

The project is in line with, among other things, Paraguay’s Green Hydrogen Roadmap and the objectives decarbonization Established in the 2030 National Development Plan; as well as with NDC targets (CDN) for the country in the framework Paris Agreement.

Green hydrogen (and ammonia) have been described as the “Swiss Army Knife” of energy, as they are important alternatives for companies trying to transition to net zero emissions. 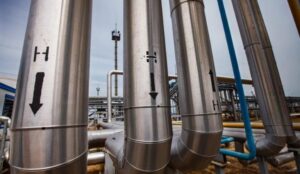 In this regard, the UK ambassador to Paraguay, Ramin Navai, commented:

“We are very excited about this news. The production of green hydrogen and ammonia in the future would be a major bilateral achievement; With the UK contributing its expertise and Paraguay contributing its clean energy from Itaipu. We will produce green energy with green energy! This is the way forward towards a commercially competitive future in an environmentally friendly manner.“.