This Friday, at a gala ceremony in the Fuente Ateneo Auditorium, the LXXV Anniversary of the Faculty of Chemical Sciences of the Autonomous University of Coahuila was celebrated, with several awards presented to students, staff, teachers and former principals.

On behalf of the Dean of Higher House of Studies, Cristobal Noe Aguilar González, Director of Research and Graduate Studies at UAdeC, Coordinator of the Saltillo Unit, Julio Socedo Zul, Director of Campus Gerardo Sosa Santillan, and as guests of the Communication Director for Higher Secondary Education for the Minister of Education, Eduardo José Hochman and Daniel Sampiero, Director Municipal Youth Institute of Saltillo City Council. 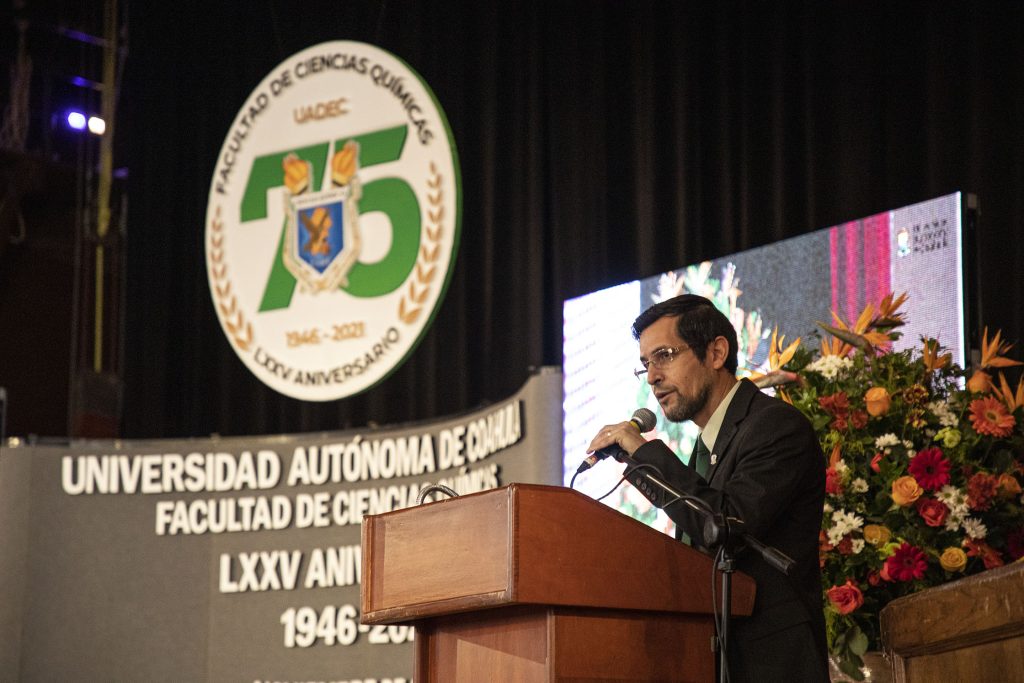 The Dean of UA de C, Salvador Hernández Vélez, sent a virtual letter to the community of the College of Chemical Sciences on its 75th anniversary, appreciating the work of teachers, students, researchers, researchers, administrative staff, alumni and alumni, and thanking them all said the college continues to establish itself as a campus of excellence.

He stressed that FCQ has always been a reference and deserves the pride of the highest house of studies, for its quality and commitment to excellence at the state, national and international level, “Currently the college has three programs at the bachelor’s level and four master’s. Three doctorate, in addition to four researchers recognized by the National Academy of Sciences, to be An example of discipline and work.

Dr. Gerardo Sosa Santillan, Director of the Faculty of Chemical Sciences welcomed and highlighted the work of the many people who have transformed the Campus into what it is today, and expressed appreciation to all the previous managers who walked the path and who were such an essential part in this great project as José García Rodríguez 1946-1949, José Cárdenas Valdés 1449 1966, Enrique Reyna Hermosillo 66-68, Miguel Tafich de Leon 71-73, José de Jesús Sánchez Moreno 1973, Eugenio Ramírez Inurrigarro 1974-1978. 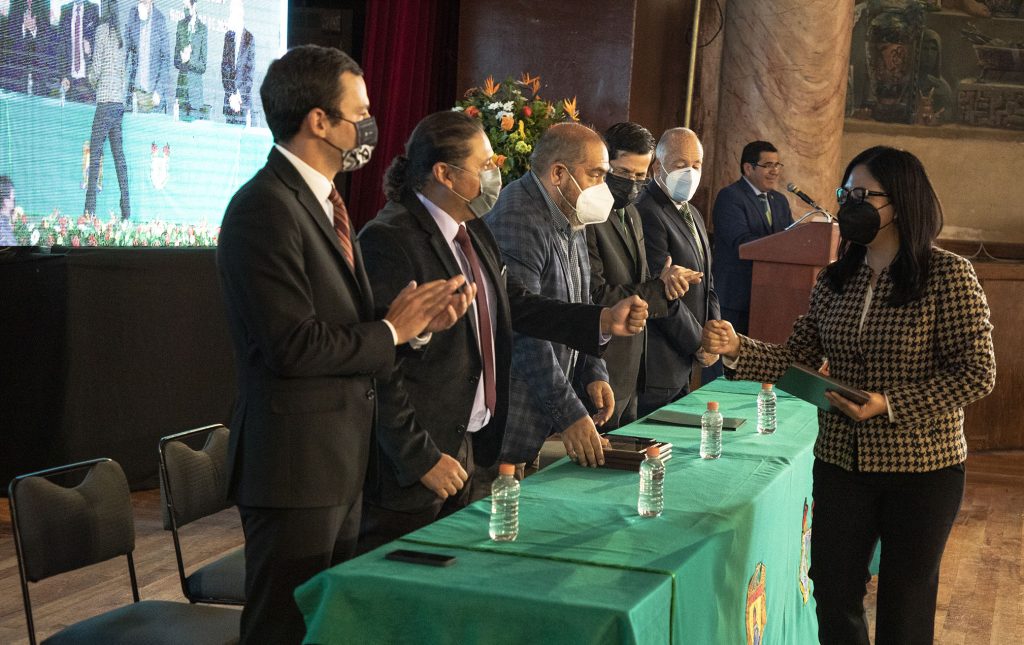 “Humanity as Principle, Science as Tool, is the motto of the College of Chemical Sciences, which reflects the work of those who have worked and left their mark throughout history and contributed to the growth of the School. Science is the greatest of humanity.” proud of you

He noted that they have 108 teachers, 94 of whom are full-time, and a high-quality academic factory with a doctoral level of 97 percent, serving nearly 1,300 students, receiving high-quality vocational education, and extracurricular activities such as culture, sports and communication. 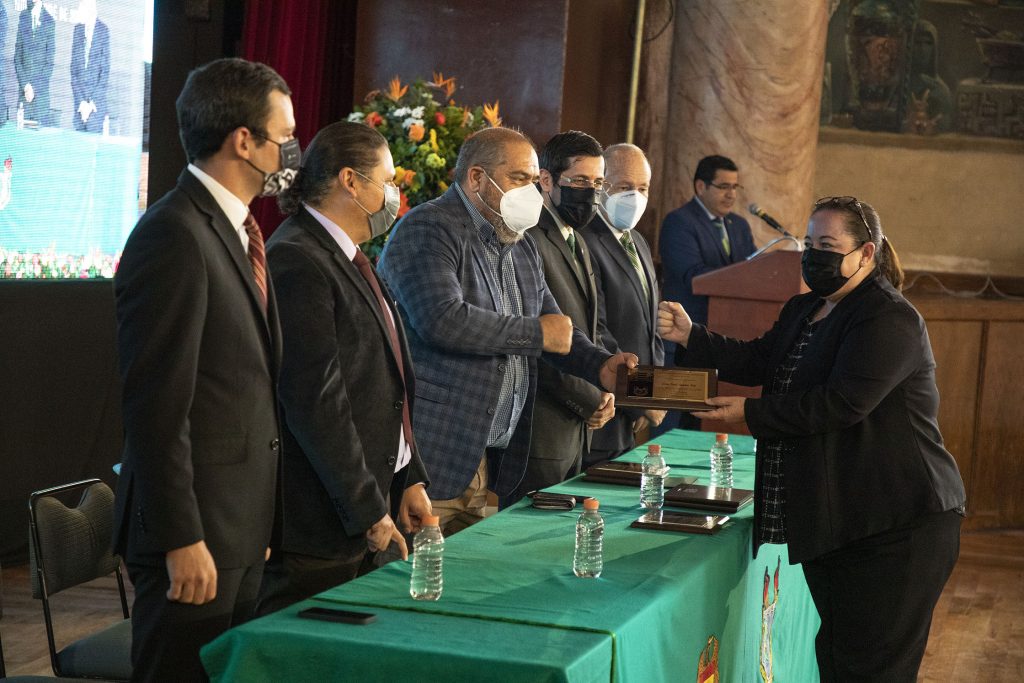 Dr. Cristobal Noy Aguilar González, Director of Graduate Studies and Research, congratulated the College that the College has so far included research development and training of undergraduate and postgraduate professionals in various disciplines related to the chemical or biological field, has strengthened academic bodies, professors with a PRODEP profile, and accredited programs For its quality, the participation of national and international networks, as well as links with businesses and the social sector.

He added that the university has made a great effort to enhance its substantive activities, and in the research aspect more, as it has become important because one of the centers performs more than this task thanks to its professors, students, staff and higher education. The commitment that distinguishes them in the development of projects and above all in the training of their high-quality human cadres at various levels.

See also  The University of Cordoba, among the top 100 universities in the world for sciences ... 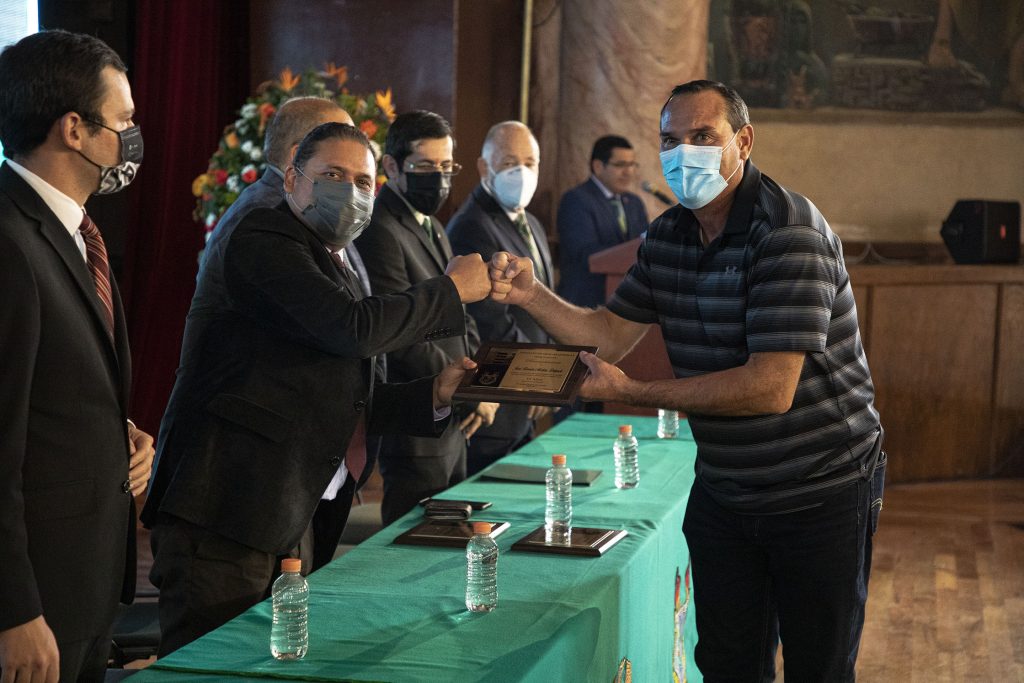 Dr. Luis Rios Schroeder, director from 1968 to 1971 and a graduate of the second generation, described in his letter the day he became a student at the Faculty of Chemical Sciences, originally based in Ateneo Fuente, and that the passage of time has preserved the quality and human sentiments of those who graduate From school to remain an example and a stronghold for the UA de C, Coahuila, Mexico.

After the ceremony, the authorities, the academic and labor community, moved to the college plaza to unveil the plaque commemorating the LXXV. 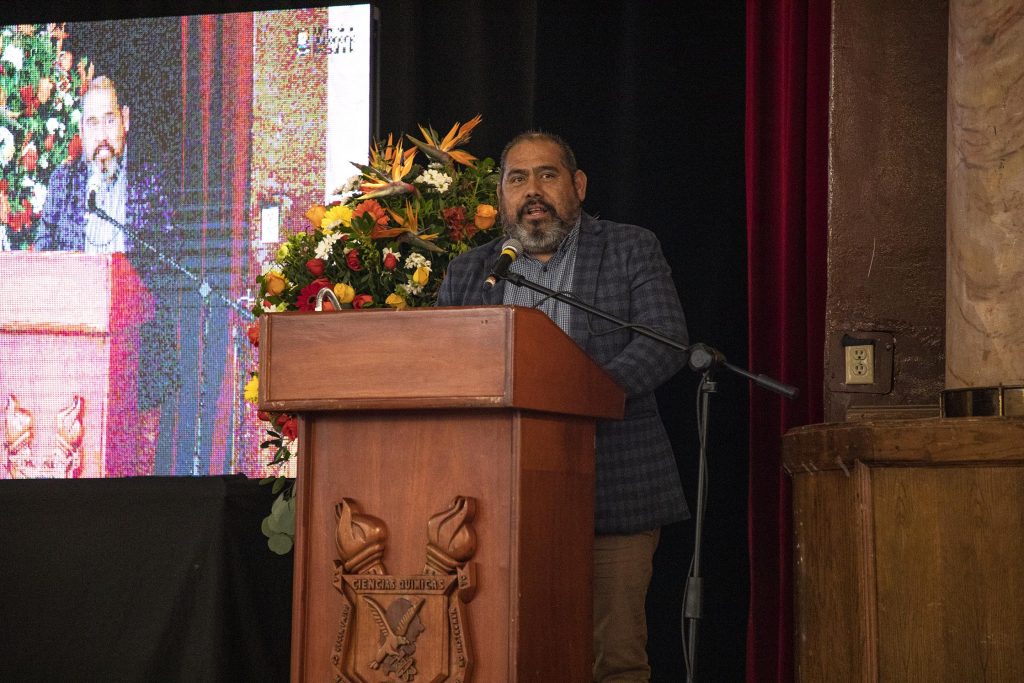 The School of Chemical Sciences was established from December 12, 1946, the first profession taught was the work of an industrial chemist starting from February 1947, the first generation of industrial chemists was formed from three students; In 1948 the profession of a pharmaceutical biochemist was offered, from which in 1952 the first generation of six students graduated; The last profession she opened, at the bachelor’s level, was chemical engineering in 1962.

In 1967 on the occasion of the centenary of the Source Athenaeum, the main building for chemical sciences was built, in 1968 it housed 300 students in the three races, industrial chemist, biopharmaceutical chemist and chemical engineering.

In 1981, with the establishment of the Master’s Degree in Polymer Science and Technology, its degree was upgraded from a school to the Faculty of Chemical Sciences; He currently holds seven graduate degrees in science, chemical technology, food, biotechnology, and materials. (The Herald)