It was created practically at the same time as El Colegio Nacional, in 1943, The Foundation’s Documentation Center houses one of the most diverse and important collections About who its members have been throughout 78 years of history.

“Since then, materials that come from the goals of the National College and the knowledge generated by each of its members have been compiled: the primary goal is the free dissemination of knowledge and creativity, as well as the promotion of the culture of Mexico, through the free education of outstanding artists, scholars, humanists and writers,” explains Fernando Alvarez. Del Castillo, Director of the Documentation Center.

Library, media library, newspaper library and historical archive are the funds that make up this space, where you can find some jewels collected over a period of about eight decades, though their value lies in the whole, because “other than the possession of very important pieces, the union of all knowledge is far more valuable than limited only to the interests of the moment and which, Sometimes, it goes through economic interest.”

For example, the “Reserved Chest” collection consists of 8,109 copies, issued cards ranging from 1544 to 1940, most of which are written in Spanish. “In this sense, we have ancient materials that could have important value”Álvarez del Castillo says, although they also protect the manuscripts of Juan de Dios Pisa and finance material that tells of the history of the foundation of some monasteries in Mexico.

The central focus of El Colegio Nacional are its members and their contributions to global culture, As part of a series of elements that allow the enrichment of thought Mexican culture.

The Documentation Center is a meeting of different materials, in different props, gathering the work of its members, produced throughout the history of the institution: The library, for example, consists of 34 thousand 213 volumes, in which there is a group of members o National Public College, Consultation and Reserved Fund.

This group began to form since the founding of El Colegio, in 1943, and come from the members’ donations themselves: what they publish, what they write throughout their careers, their research – often with global impact – and the books they publish give us a copy.

“In addition to the bibliographic collection, we have a media library, in which the audio-visual materials created in the activities carried out in El Colegio are protected by its members: the photo library, the video library and the icon library,” Fernando Alvarez del Castillo shared.

The photo library includes images of great historical and heritage value, more than 30,700 printed images and 33,550 digital images, as well as 25,600 negatives. It is concerned with documenting the academic and personal life of members, and it consists of: From the group of members, and El Colegio Nacional, made up of photographic collections documenting the academic life of the institution and also aspects of the architecture of the headquarters building.

Newspaper library is very important, because it is not necessarily restricted, But the base are the same members who participated in many magazines, like the Medical Notebook Collection, “a remarkable collection created in 1954 by Dr. Gustavo Paz, who had a great humanistic passion.”

“You could say; for example, that there are books that are very valuable or very expensive. Director of the Center Fernando Alvarez del Castillo explained that there are manuscripts of members of the National College and other intellectuals that can have a closely related value and are the wealth protected within the Documentation Centre.

An interesting collection, because not all institutions are interested in this material, It is the so-called icon library: five thousand items created to publish the activities carried out Inside and outside the collage, which includes manual programs, posters and invitations. “The iconic materials that come from the creation of El Colegio Nacional and allow us to see the evolution in graphic design in Mexico and in the institution itself.” 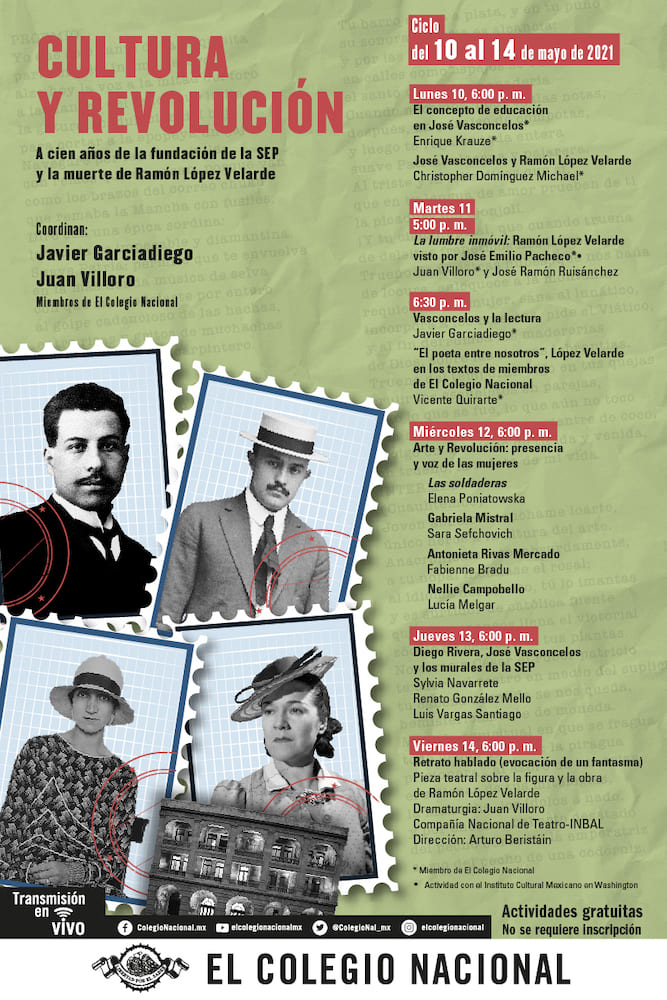