Two decades ago, Yahoo’s chief scientist gave a lecture at a university. In it, he mentioned that scammers often program his computers to create nearly a million email addresses with Yahoo! to be used for nefarious purposes. Up until that point, the company hadn’t been able to do anything to stop them, and if someone could solve this problem for them, I’d be very grateful.

The right time and place

It so happened that Louis von Ahn was in the audience and was a graduate student in computer science. While working on his Ph.D., it occurred to him that the twisted and slightly distorted numbers and letters that you have to select to prove you’re not a robot might be the answer.

The tech giants were so grateful that they paid him a huge fortune for the “Captcha” system. (Fully automated general Turing test to distinguish between computers and humans.) Which in 2009 left him, at the age of 30, with an interesting problem of his own: “I don’t have to work anymore, so what do I do for the rest of my life?”

Duolingo allows you to learn languages ​​anytime and anywhere

The answer to this problem was Duolingo, the world’s most popular language learning platform. Meanwhile, von Ahn became a professor at Carnegie Mellon University. He wanted to do something to help people, especially in the poorest countries, especially in Guatemala (where he was born). Most people behave rudely. He was a teacher.

Learning English can change your life. If you can speak English, it opens the door to better jobs and greater purchasing power. In 2012, von Ahn and his research student, Severin Hacker, created a free English language learning app. But then people who already speak English demanded to learn other languagesWhich is why Duolingo now has around 30 languages ​​(including Navajo and Klingon) and is developing more languages ​​all the time.

At first, Louis von Ahn and his collaborators had no idea how to teach the language. But they quickly realized that they had the tools to improve what they did. Lots of people started using the app, so they had a large amount of data on hand.

Is it better to teach plurals before adjectives or adjectives before plural? They ran a test with only 50,000 users: half did the test one way, and the other half, to be able to determine that it depends on the language you’re learning and your native language.

They’ve also started recruiting people who can really teach languages. “We’re not going to put teachers out of work,” says von Ahn. “Educators are good at motivating. Adding Duolingo with a teacher is better than just doing Duolingo on your own. But not everyone has access to a good teacher.” 40% of language classes in the US now use Duolingo. 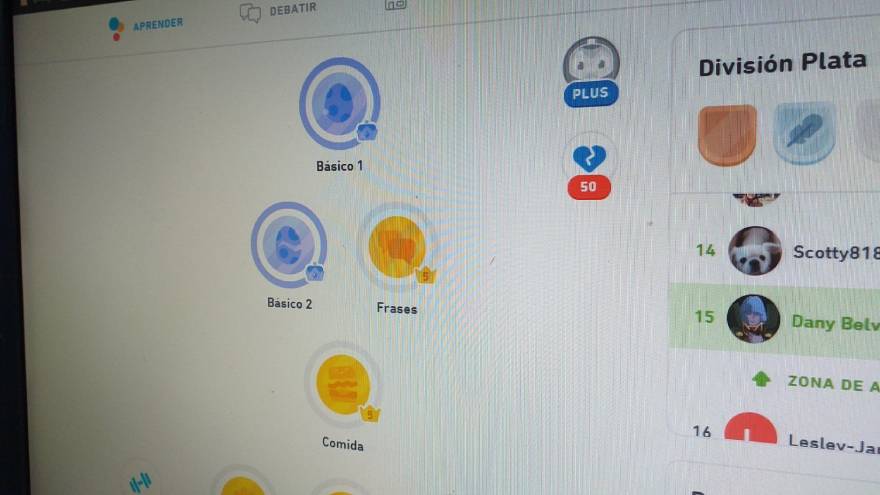 The Duolingo system encourages you to train every day

It is possible to learn languages ​​for free

The best thing about Duolingo is that you can still learn for free, and if you want to opt out of ads, you can pay for the premium option. French and Spanish are still the most popular languages ​​in the United States. In other places it is English. Welsh is large in the UK. But the Korean language is one of the languages ​​of modern growth.

“Partly it’s about K-pop,” says von Ahn, “partly for Squid Game and other Korean dramas.” Japanese is more popular (and easier) than Chinese. “The Chinese scare a lot of people.” But they’re working to increase “interaction” and keep beginners on the right track: “We’re trying to make it more fun.”

The primary reasoning behind Duolingo was not the languages ​​themselves, but the education. So it’s only natural, with Louis von Anne at the wheel, that they start introducing mathematics into their curriculum. Von Ahn said in a Yahoo! News.