+ Renews its support, solidarity and coordination to continue the path of academic excellence.

Acapulco Gro April 28, 2022. – During her visit to the Faculties of Medicine and Dentistry, Governor Evelyn Salgado Pineda reiterated her support, support, solidarity, coordination, openness and dialogue with the Autonomous University of Guerrero (UAGro) to continue the academic path of excellence. There, the president delivered furniture and equipment, opened the dental facial imaging diagnostic unit and signed a cooperation agreement between the state government and the institution, on educational, legal and cultural issues. 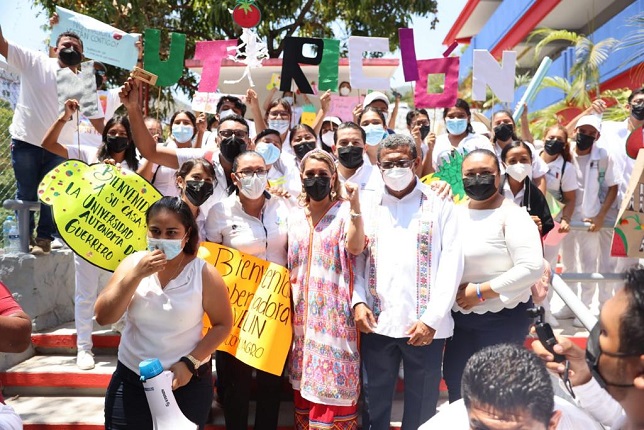 “I want to tell you that you have the full support of the state government. We always say that what has been done in Guerrero is good and our university is proof of that. We have a wonderful university, and we should be proud nationally and internationally of the achievements made little by little thanks to all of your efforts,” he said in his message. “.

In the presence of the Undersecretary of Higher Education (SEP), Francisco Luciano Conchero Porquez, the Governor highlighted the work of UAGro, which has emerged as a leading educational institution at the national level and is an example, for its commitment, social advocacy and solidarity, becoming a great ally of the Guerrero people. 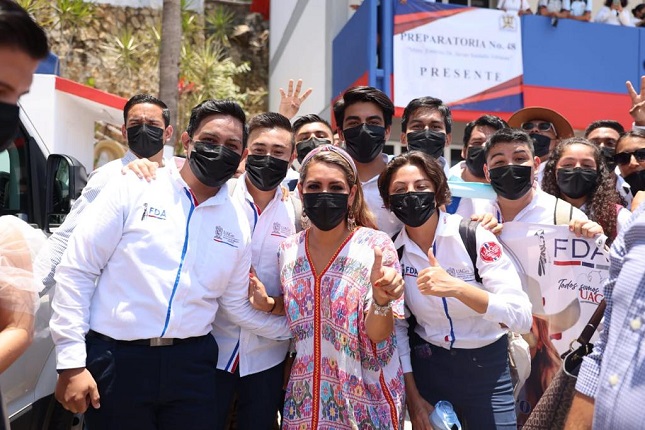 At her meeting with the students, the governor handed over 2,000 chairs, 100 computers, 50 video projectors, 50 desks, 200 secretarial chairs, 50 printers, 50 filing cabinets, 50 whiteboards, and 20 air conditioners. It also provided a mobile dental care unit, which will work in medical convoys provided by UAGro; In the same way he toured the different school districts and classrooms, learning how the medical and dental team work.

In his speech, the Undersecretary of the Ministry of Higher Education expressed his appreciation to Governor Evelyn Salgado for the work she has done and her contribution to the profound transformation of the country. “It has not just begun and our governor is making history along with the other rulers of Mexico,” he said.

While the President of the University of UAGro, José Alfredo Romero Olía, thanked the presence and support of the Governor, for achieving the maximum study house strengthening of the entity. At the same time, he reiterated the social commitment of the enterprise.