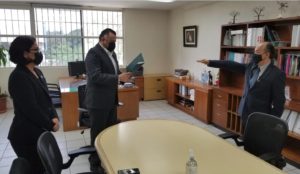 Also, in recent days, he has been appointed interim director of the College of Chemical Sciences and Engineering at the Tijuana campus.

Mexico. The Board of Directors of the Autonomous University of Baja California (UABC) met to appoint who will take over the position of the School of Health Sciences (ECS) directorate on the Ensenada campus, which rests with Dr. Patricia Radilla Chavez, who will have a second semester at the head of this academic unit. 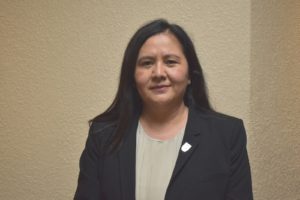 Dr. Benjamin Valdez Salas, Chairman of the Board who protested to the Director, noted that the decision was unanimous and that they would issue a series of recommendations so that ECS could be continually improved for the benefit of its members.

He also congratulated the two doctors, Maria Luisa Hernandez Ramirez and Berenice Grego Portillo, who were among the candidates for this position, and urged them to accompany Dr. Radilla Chavez.

The Secretary-General, Dr. Luis Enrique Palafox-Maestre, represented the President of the University, Dr. Daniel Octavio Valdez Delgadillo, who noted that this appointment was a mark of distinction for the work done during the first four years of his administration, but also a vote of confidence and a sign of expectations that were about the challenges that the school would face. .

He has put at his disposal the support of the Central Department for the implementation of the areas of opportunity and acknowledged the dedication of the community that makes up ECS, which will be strengthened after this process, being a benchmark in the regional, national and international fields..

On her part, Dr. Radilla Chavez said that she was honored with the opportunity to take up this position, as it will be seeking to enhance the processes developed in the last four years of the administration. “I am sure the community will continue to work as a team, and we are committed to collaborative and respectful work.” Finally, he indicated that he will act in accordance with institutional regulations to ensure that university values ​​and the development of the academic unit are the main axes to be pursued.

Interim Director of the College of Chemical Sciences and Engineering, Tijuana Campus

Likewise, in recent days, the UABC Secretary General, Dr. Luis Enrique Pallavox Maestre, has made a protest as interim director of the College of Chemical Sciences and Engineering at the Tijuana campus to teacher Roberto Alejandro Reyes Martinez, who has lent his support to him. From the central administration, wishing him and his team success in the mission of continuing to achieve the institutional goals.

He also thanked the efforts and dedication of Dr. José Luis Gonzalez Vázquez, who previously led this academic unit.