British Prime Minister Boris Johnson promised on Thursday Don’t “leave” Hong Kongin a statement issued during the 25th anniversary of the relocation of the semi-autonomous region to China.

“We are not abandoning Hong Kong,” the British leader declared in a video posted on Twitter. “25 years ago, we made and intend to keep a promise to the region and its people, doing everything in our power so that China fulfills its obligations and Hong Kong is once again run by its people and for its people.”he added.

“We cannot simply ignore the fact that, For a long time, Beijing has not fulfilled its obligations.”He added, as Hong Kong celebrates the historic anniversary of the handover of Chinese leader Xi Jinping’s visit. “It is a state of affairs that threatens both the rights and freedoms of Hong Kong residents and the continued progress and prosperity of their homeland.”

This Friday’s anniversary marks the midway point of the 50-year model of governance agreed upon by the UK and Chinaunder which the city will maintain some autonomy and liberties. 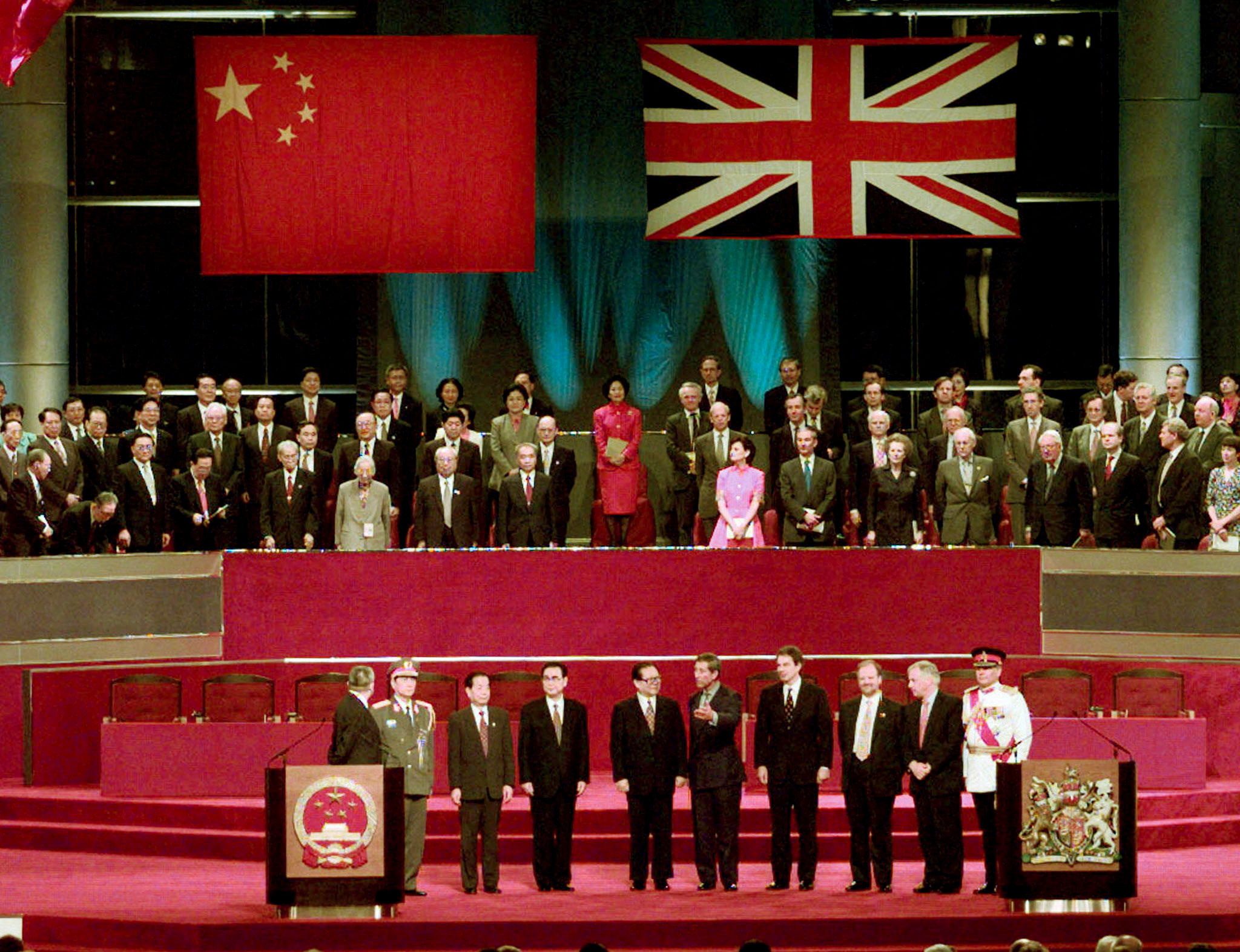 FILE PHOTO: Leaders of China and the United Kingdom stand during the raising of the Chinese flag at the ceremony of transferring sovereignty from Hong Kong to China after 156 years of British rule, on July 1, 1997 (REUTERS/Jason Red) 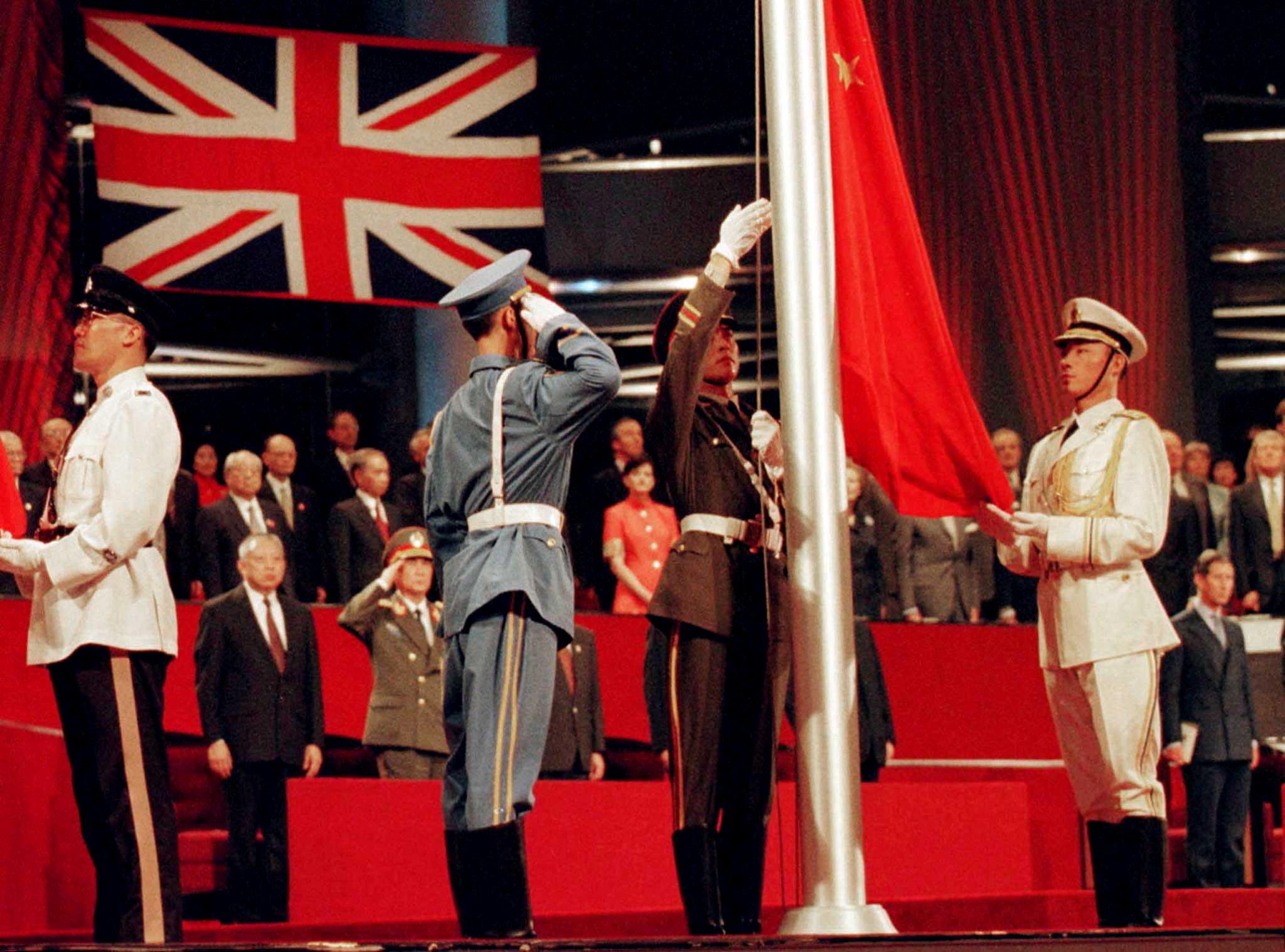 But London has become increasingly critical of Chinese rule in the city after Beijing imposed a strict national security law in 2020 after massive and sometimes violent protests in Hong Kong the previous year.

In response, the UK began offering a pathway to citizenship for British (Overseas) passport holders and their families in the city. No wonder 120,000 Hong Kong residents and their families have already embarked on this path. Johnson said in his video address.

Johnson described the UK as “a place where freedom of expression, assembly and association are respected and not criminalized”.although critics have accused his government of handling the protests in an increasingly harsh manner. 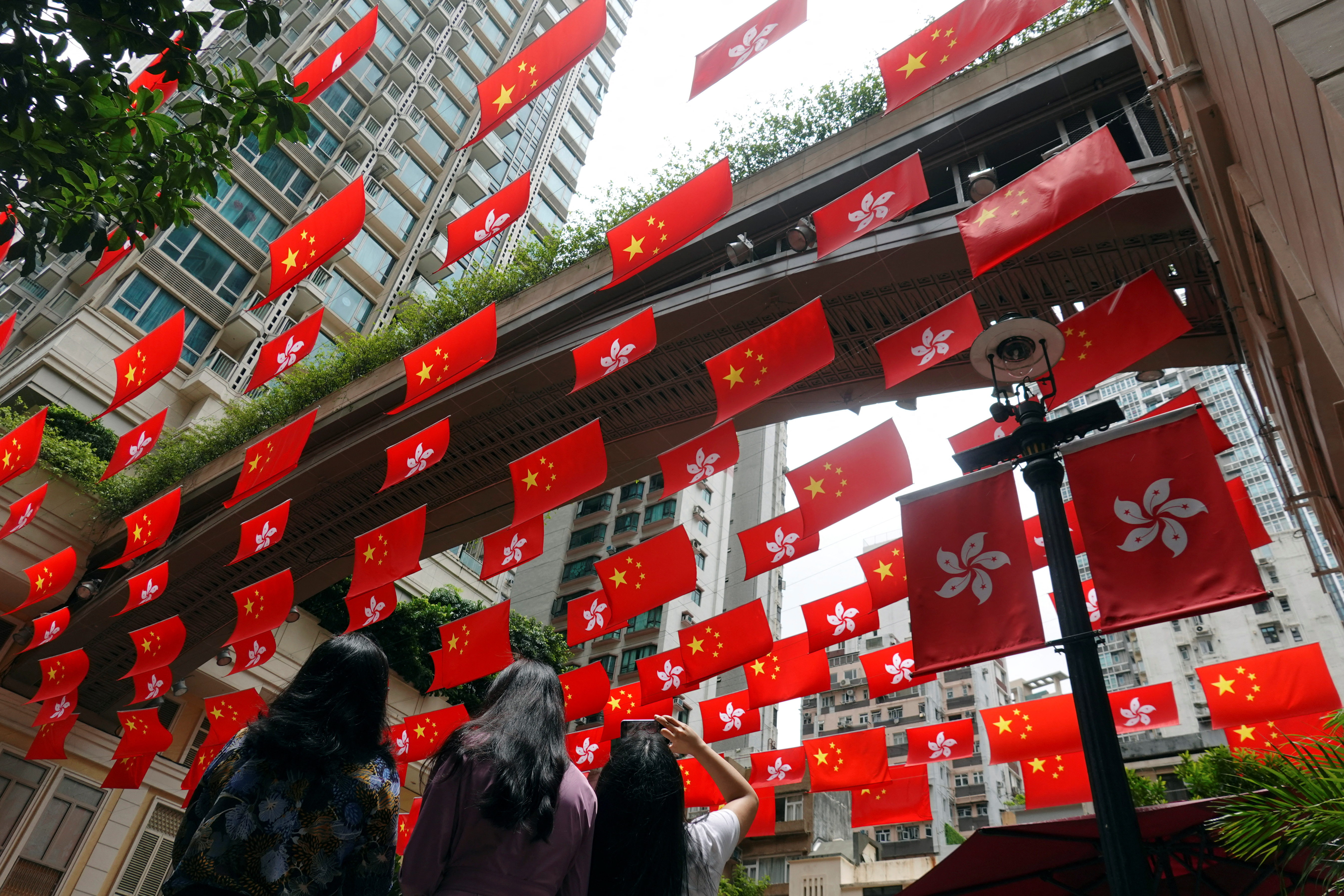 A woman takes pictures of Chinese and Hong Kong flags decorating a street, ahead of the 25th anniversary of the handover of the former British colony to Chinese rule, in Hong Kong, China, June 30, 2022 (Reuters/Joyce Chu)

On Thursday, during his first visit since crushing the downtown Democratic movement in 2020, Xi said Hong Kong was “reborn from the fire and emerged with great vigor.” “The facts have shown that one country, two systems has great vitality,” he said, referring to promises made by Beijing in 1997 that the city would maintain a high degree of autonomy and an independent judiciary.

also It agreed that the Hong Kong leader would be appointed by Beijing on the basis of local elections or consultations.

However, echoing Johnson, British Foreign Secretary Liz Truss He stated that in the past two years there had been a “continuous erosion of political and civil rights” in the city.

The UK continues to support Hong Kong without hesitationTruss said, adding that London was “working with our allies and partners as part of a global freedom network to make China”.

With information from Agence France-Presse

Xi Jinping left mainland China for the first time since the start of the epidemic to celebrate the 25th anniversary of Britain’s handover of Hong Kong.
Hong Kong has arrested a 90-year-old former Catholic cardinal for criticizing the Xi Jinping regime
The United States will send $800 million in new weapons aid to Ukraine
NATO’s response to Putin’s threats on Sweden and Finland merger: ‘We are ready’
Tokyo records highest temperature since 1875 amid energy crisis