Two weeks from now, Intel and its board partners will introduce the new Z590 (500 Series) motherboards that will fully support the 11th generation of Rocket Lake desktop CPUs. The main feature of these boards along with support for the next generation of CPU is advanced I / O features and full support for the PCIe Gen 4.0 protocol.

The information is included on several Z590 chipset-based motherboards that we started receiving from board partners prior to the January 11 announcement. Each motherboard has a label on the top PCIe slot indicating that the Gen 4.0 protocol will be supported by Intel’s Rocket Lake desktop CPUs.

According to previously leaked information that covered all Intel Rocket Lake SKUs, the lineup will consist of Core i9, Core i7 and Core i5 chipsets. The rest of the lineup that includes the Core i3 series, Pentium and Celeron series will not offer PCIe Gen 4.0 support and will maintain Gen 3.0 compatibility since it is part of the Comet Lake family. Intel’s Rocket Lake CPUs only have the necessary architecture upgrades to support PCIe Gen 4.0.

The PCIe Gen 4.0 protocol wasn’t a big deal on GPUs as it was with PCIe-based storage devices. Next generation SSDs with PCIe 4.0 demonstrated massive performance improvements and with technologies like NVIDIA RTX IO and Microsoft DirectStorage for desktop computers will definitely use the interconnection protocol to allow for faster performance and access times.

Motherboard makers, especially ASUS, will pay extra attention to integrating hardware-level integration of PCIe Gen 4 onto their Z590 motherboard lineup against their Z490 lineup We have indicated here.

See also  The sands of time are late 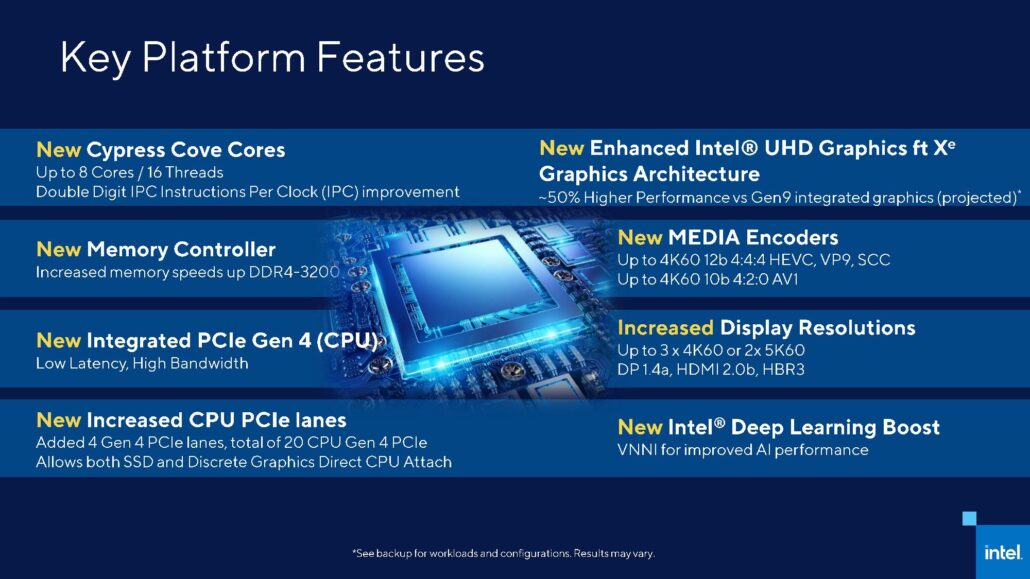 Here are the main Rocket Lake Desktop processors we can expect within the 11th generation family:

Unlocked K-Series SKUs will have a basic PL1 TDP of 125 watts while SKUs without a KK will feature a 65 watt TDP based on a TDP. The ‘T’ series variants will come with lower TDP volumes with a 35W-based TDP. Rocket Lake CPU architecture-based Intel Core i9 and Core i7 CPUs will have 8 cores, 16 threads, and 16MB of L3 cache. Core i5 SKUs will have 6 cores and 12 threads, plus a total of 12MB of L3 cache. All CPUs will feature integrated Intel Xe GPU with 32 EU or 256 cores.

Moving to Comet Lake Refresh, Intel appears to be relocating an optimized Skylake architecture for its flagship and budget class lineup. The assortment will include the following SKUs: 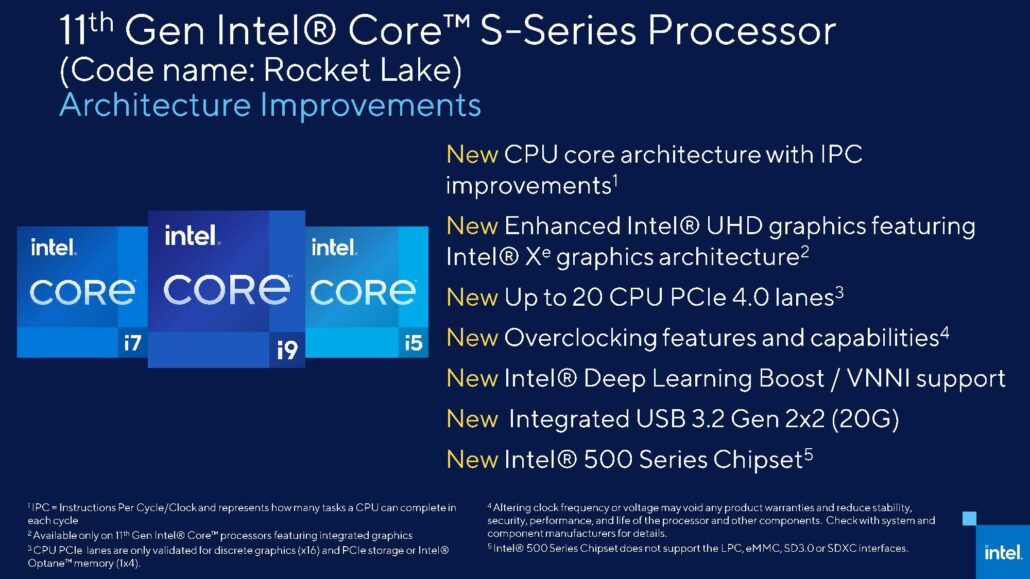 The architecture of Rocket Lake CPUs is said to be Cypress Cove which is said to be a hybrid between Sunny Cove design and Willow Cove but will feature Xe Gen 12 GPU architecture. Intel’s Core i9-11900K will be the flagship CPU offering in the lineup and we expect more information about it soon. As for the launch, motherboards will arrive at retail on January 11-12, while Intel’s 11th generation processors are expected by the end of March.

Which Next Generation Intel Desktop CPU Platform Do You Think Will Be The First Big Hack Against AMD Ryzen?