That year, India and Indonesia, which are the two most important Asian tigers, are also expected to enter the group of the world’s top 10 economic tigers. 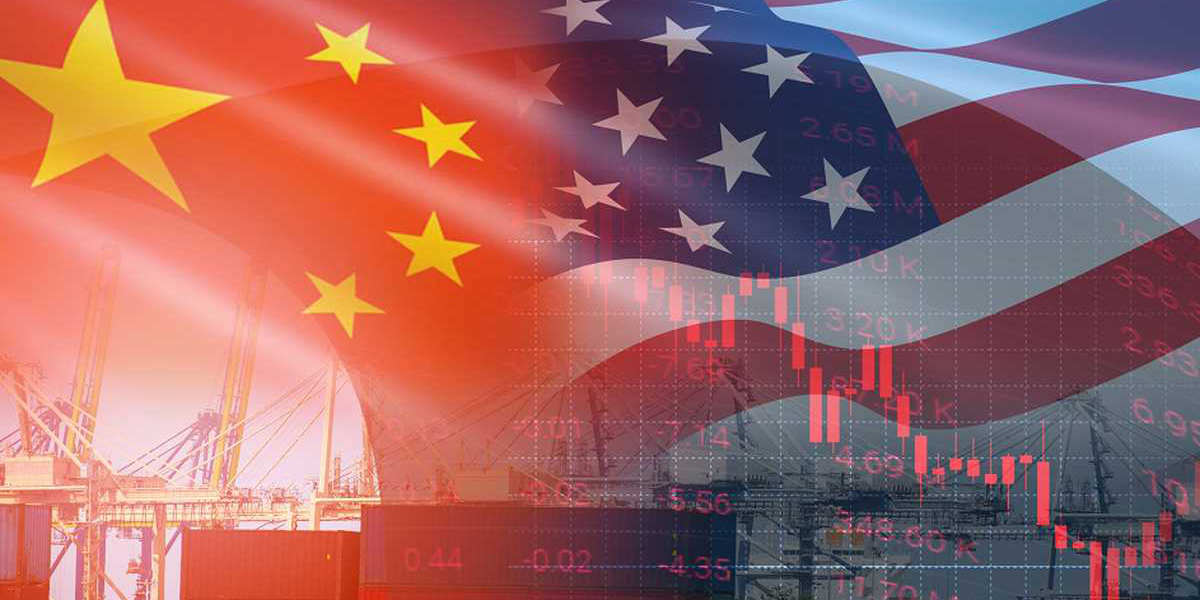 Despite the fact that the crisis of the Chinese real estate giant, Evergrande, is not over yet, it is expected that in the following years, that country will drive economic dynamics towards the turbulent third decade of the twenty-first century.

In this scenario, the Asian continent continues to rise in the ranking of global economic powers. According to forecasts issued by the International Monetary Fund (IMF), by 2024, three of the five countries with the highest GDP will be Asian, replacing the authorities of the European Union, which showed regular growth in the twentieth century.

Projections indicate that China, whose economic growth has been increasing since the 1990s and has exceeded the double digit in several years, will break away from the United States in the coming years and become the world’s largest economy in 2024.

That year, India and Indonesia, considered Asian tigers, are also expected to enter the group of ten major global economic powers and reach the third and seventh places, respectively.

As for Japan, it will drop from third place, which it occupied in 2008, to fourth place.

In the same year, only three European countries are expected to be among the world’s ten largest economic powers in 2024.

According to the IMF, Germany will remain in fifth place, ahead of Russia, while France and the United Kingdom will occupy the ninth and tenth places, respectively, after Brazil, which is the only Latin American country that can ascend to global economic leadership. . 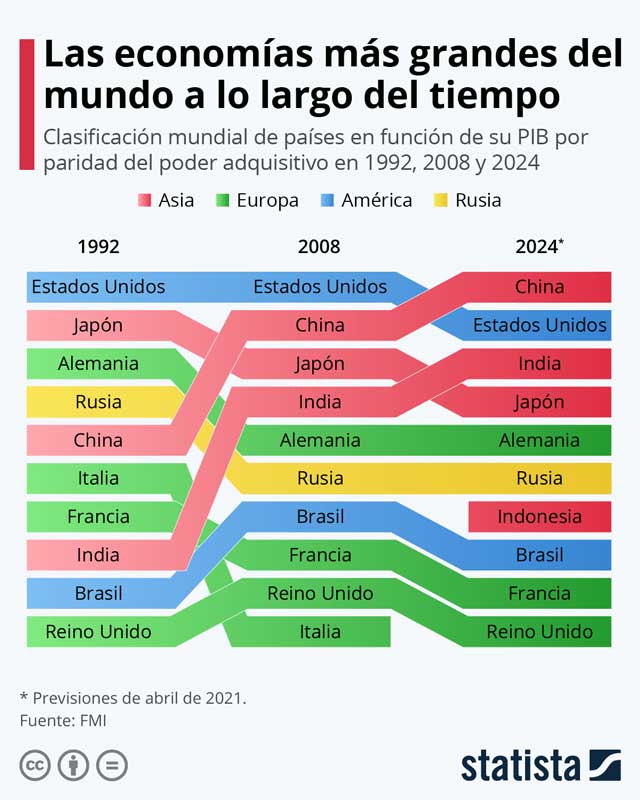 With info and graph from Statista