Whether you are a long-time CS:GO player or a beginner, you are probably familiar with AWP. This is one of the most popular weapons not only in CS:GO but also in the history of first-person shooters. However, what makes CS:GO different from other games is the fact that you can choose the design of your AWP, and buy so-called skins for your weapons. True fans of the game are ready to spend big money on rare designs just for fun, while others consider them to be good investments. To better understand what we are talking about, let’s have a look at the most expensive AWP skins in 2022:

After being sold for £31,659.75, Dragon Lore has become one of the most expensive AWP skins of all time. It’s also the rarest item, and at the time of writing this guide, it wasn’t available on the Steam market at all. Coming from the Cobblestone case, it has a specially painted knotted dragon, and “200 keys will never be able to unlock its secrets.” It will 100% impress anyone you come across in multiplayer modes.

Prince originates from the Canals case and has been specially painted with red paint and gold filigree, perfect for you commanding the lobby. This is probably the most attractive design in this selection, so it is not a surprise that its number is limited. Its price starts at $1,600 and grows to $2,900. 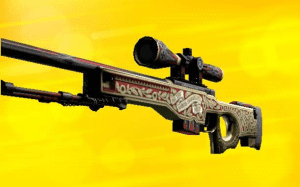 At the time of writing this guide, there was only one item of this type available on the market, so despite the significant price difference between Medusa and Dragon Lore, Medusa itself is still an incredibly rare AWP design. It is custom painted with an image of a gorgon and is part of the Gods and Monsters case. Depending on the exterior, it costs from $1,300 to $2,200. 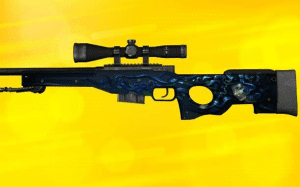 Here we have a unique item from the Havoc case that features a hydrographic tiger pattern applied to a blue background. If you like blue AWP designs, this is probably the best option for you, but it will require some investment to have this skin in your inventory. Usually, the price fluctuates between $120–$240. 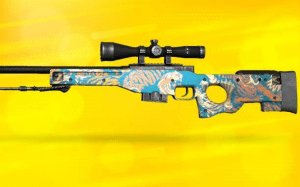 We are now under the $100 mark when it comes to starting prices, and Oni Taiji is widely regarded as one of the prettiest AWP designs you can buy. It is neither inexpensive nor an unrealistic purchase — you can definitely afford it. It was released during the Operation Hydra case and features hand-painted colorful samurai and oni images to help you face your demons. To date, the skin price fluctuates between $99 and $580. 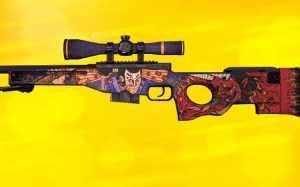 What kind of skin would you like to buy? Share your top five suggestions with us in the comments.