Famous singer Rihanna was born 33 years ago in Saint Michael, Bridgetown, the capital of Barbados. Today she is one of the most famous singers in the world, which is why she has become the most popular figure in Barbados, as well as a cultural ambassador for the country in which she was born.

The singer lives half her life outside her native country, but the traces she left are indelible, since her childhood home has become one of the most visited places on the entire island. The street where she grew up has been renamed in her honor and is now known as “Rihanna Drive”. On this street is the house in which she lived until the age of 16 and undoubtedly became a favorite of the artist’s fans. 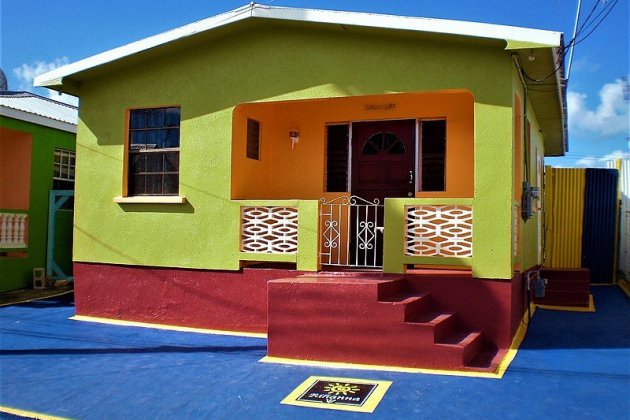 The house is a chatel house, a typical Barbadian house. It is built of wood and has the distinction of being a mobile home, with its origins going back to the years of the plantation-based economy during the 19th century.. This type of modest house can be completely disassembled and moved from side to side, since it is not fixed with nails, nor is it sitting on the ground, but on a false floor. This benefited the working class of the time, who needed to constantly move, and not own their own land.

The house where the famous singer grew up is one of the busiest and most visited by tourists since then. Which receives an average of more than 1500 visitors annually in the summer season only. Today, the house is painted green and orange, and has a plaque with the artist’s name next to a small trident symbolizing Barbados’ independence as a colony from the United Kingdom. The board is located on a road decorated in the colors of the island’s flag, turning a visit to the singer’s home into a true experience of Barbadian culture. 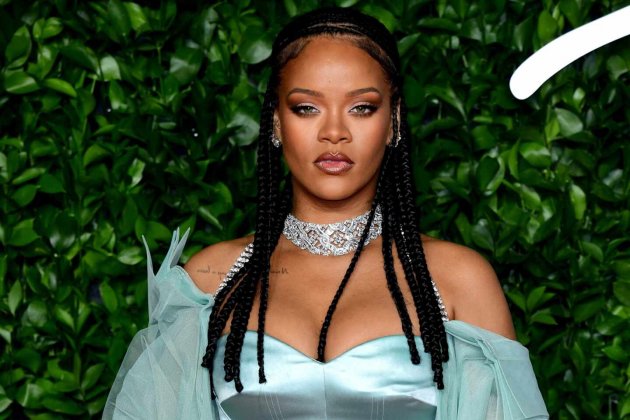 The street where Rihanna’s childhood home was located had the name: St Michael Street, in the Westbury community, and was later renamed in honor of the singer. The occasion was a very significant moment in the music star’s life, as she has never forgotten her origins and is very proud of her community. “Westbury is more than a community, we are a family. Thank you to everyone who took part in my life and made me the woman that I am. I’m proud that my neighborhood was you,” the singer said in a story on Instagram.

Although at the moment you can only see the outside of the celebrity home, at some point it is expected to become a public museum for you to learn more about the bad girl’s childhood and adolescence.