The third round of negotiations agreed between the Russian and Ukrainian delegations was held on Monday in the Belovega Forest regionOn the border between Belarus and Poland.

Following the conclusion of the negotiations, the head of the Russian delegation, Vladimir Medinsky, expressed his hope that the humanitarian corridors would start working on Tuesday.

Medinsky stated that “it’s too early to talk about anything positive.”

He pointed out that the Russian delegation reached the negotiations with a set of documents and presented “concrete agreements, projects and proposals” and expressed his hope to sign “at least one protocol” on the points on which the two parties basically reached an agreement. “The Ukrainian side took all the documents home for their examination, and they could not sign anything right away. They said that we will return to this issue, perhaps, during the next meeting.

Medinsky said the Russian delegation’s expectations for the meeting “did not come true”. “We hope that next time we will be able to take a more substantial step forward,” Medinsky stressed, adding that negotiations between Russia and Ukraine will continue.

The first round of negotiations, during which Moscow and Kiev identified a series of priority issues on which certain decisions were made, was held on February 28.

The second round was held on 3 March and as a result of these talks The two sides agreed on a series of humanitarian issues, including the possibility of a temporary ceasefire to organize humanitarian corridors and the delivery of medicines and foodstuffs in areas where the fighting has intensified.

According to Presidential Adviser Vladimir Medinsky, who heads the Russian delegation, the delegations discussed international military and humanitarian issues, as well as those related to the future political solution to the conflict.

Medinsky noted that the positions of the two parties are clear and that for some of them it was possible to find a common understanding.

For his part, Adviser to the Head of the Ukrainian Presidential Office, Mikhail Podolyak, indicated that the Ukrainian delegation did not get the results it wanted after the second round of negotiations with Russia.

However, the Russian Defense Ministry on Saturday denounced that units of Ukrainian nationalists do not allow the local civilian population and foreign citizens to leave the cities of Mariupol and Volnovakia (Donbass region) through the agreed humanitarian corridors.

The head of the National Defense Administration Center, Colonel Mikhail Mizintsev, explained that daily humanitarian routes are opened in the direction of these two cities, as well as in the case of Kharkov and Sumy, but the national battalions categorically prevent attempts to leave civilians to Russia. They reported from Donetsk that they had managed to evacuate more than 300 civilians from Mariupol and its surroundings. So far, no civilian departure from Volnovakha has been reported.

On Monday, the Russian Armed Forces announced a temporary ceasefire starting at 10:00 (local time) and opening humanitarian corridors in Ukraine, in the cities of Kyiv, Mariupol, Kharkov and Sumy. The measure takes into account the catastrophic humanitarian situation and its sharp deterioration in the aforementioned cities, as well as at the personal request of French President Emmanuel Macron before Russian President Vladimir Putin. 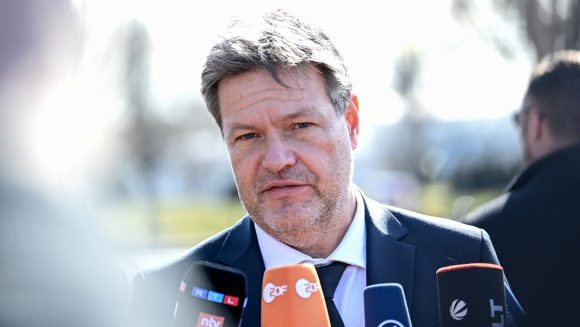 German Economy Minister Robert Habeck has expressed concern about German energy supplies if supply chains with Russia, for example in the case of oil or gas, are suspended due to the military conflict in Ukraine.

We’ll be able to put up with spring and summer just fine, but next winter I’m still a little worried, He stated this in statements to ZDF channel.

The minister, who advocates the elimination of atomic energy, said he had not yet examined whether keeping nuclear power plants running would be beneficial, and said: “As far as we can see, that is not the case.”

He stressed that the use of coal will not help, because Germany depends on imports of this raw material.

Habeck stated on March 3 that the sanctions imposed by the West on Russia after the start of the special military operation in Ukraine would hit various areas of Berlin’s economy.

The minister noted that the country will continue to depend on Russian energy supplies at least in the short term, so energy imports from Russia will remain open for the time being. In this way, he emphasized that he did not share the position of other nations urging an embargo on the Eurasian nation’s energy.

Habeck also warned that consumers should be prepared for higher energy prices, although this increase is unlikely to be permanent.

(with information from RT)