May 23, 1963 marked the beginning of Cuban medical cooperation abroad. was Algeria
The first nation reported. Photos are from Radio Rebeldy

“We have recognized the dedicated work of the Cuban collaborators and the contribution to the health of the brotherly Algerian people,” the foreign minister wrote on his Twitter account.

Likewise, he discussed the creative efforts of the largest of the Antilles to overcome obstacles such as the economic, commercial, and financial embargo imposed by the United States for more than 60 years. 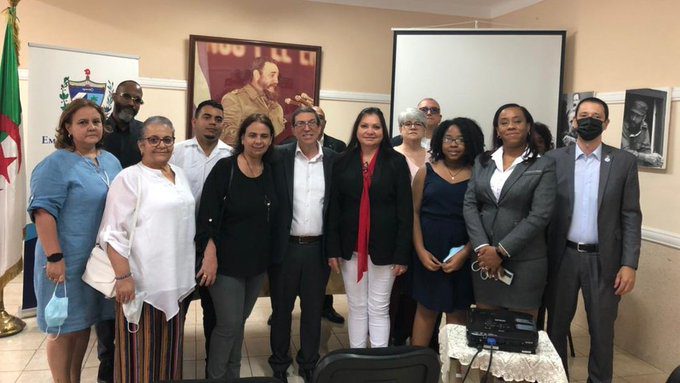 May 23, 1963 marked the beginning of Cuban medical cooperation abroad with the departure of the first 29 doctors, four dentists, 14 nurses and seven health technicians to the People’s Democratic Republic of Algeria.

In this way, Cuban health professionals showed the world the value of medicine in times of revolution.

In the same social network, the head of Cuban diplomacy announced his presence in Algeria to participate on Tuesday in the work of the 60th anniversary of the independence of that nation.

Rodriguez previously toured African countries in Equatorial Guinea, Uganda, Ethiopia, Tanzania and Kenya, where he strengthened the brotherly ties between those countries and Cuba.

During the meetings, he held talks at the highest level and pointed out the opportunities for bilateral cooperation. (Line: PL)