More than 14,000 polling stations opened their doors across Venezuela on Sunday to celebrate regional and municipal elections, amid an atmosphere of peace and calm.

At 06:00 AM, the 29th electoral process of the last 22 years began, in which Venezuelans will vote for 3,882 popularly elected positions, including 23 governors and 335 mayors of the South American country, as well as members of the state legislature. Municipal councils and councils.

The so-called mega elections constituted the second electoral event held in Venezuela in the midst of the Covid-19 pandemic, in addition to legislative legislation in December 2020, in which strict biosafety protocols were implemented.

The President of the National Electoral Council (CNE), Pedro Calzadela, the day before called on the population to exercise their right to vote, highlighting the democratic nature of the Venezuelan people and their willingness to settle their differences through electoral channels, as “the only way to achieve peace and prosperity.”

More than 21 million and 159 thousand voters were called to the polls on Sunday in the regional and municipal elections.

(with information from PL)

Nicolas Maduro: This huge election is a test for our popular leadership. It is a golden opportunity to ensure that the doors to political stability and the recovery of the welfare state are opened.

Dedicated presidential lines for the 29th election in 22 years. 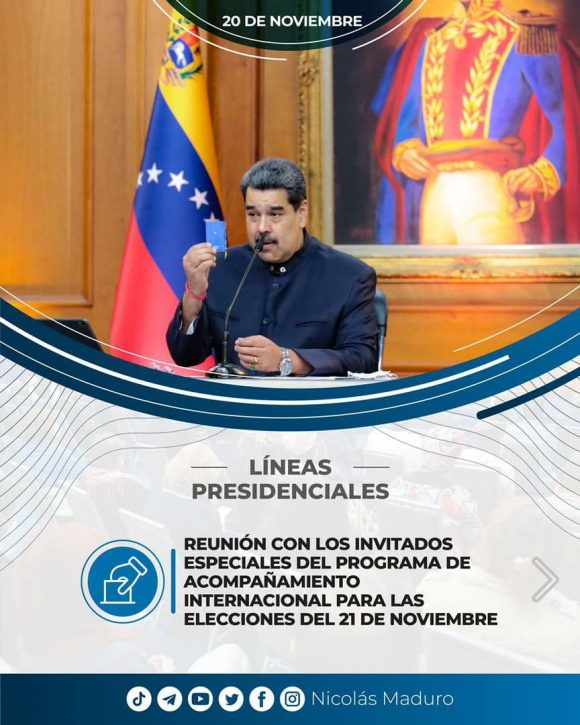 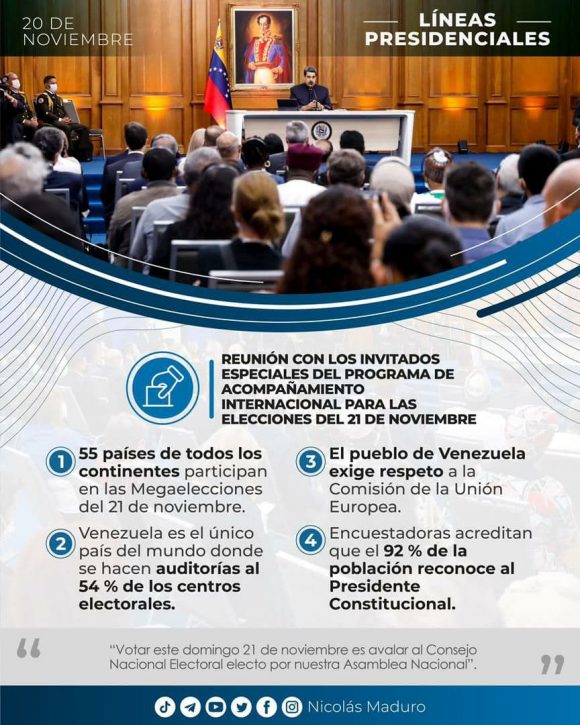 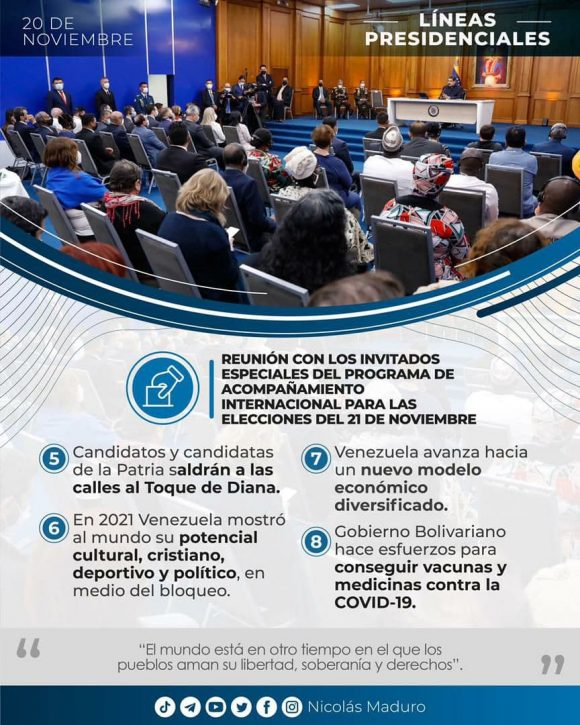