Through his social networks, President Miguel Diaz-Canel welcomed his counterpart: Welcome to #Cuba, dear President @lopezobrador. Your visit will strengthen the bonds of friendship between our two countries, which are already beloved because they overcame time and challenges to settle in the souls of our peoples. #Cuba and Mexico, #Amlo in Cuba.

Lopez Obrador arrived two hours earlier than officially scheduled. He arrived in a sad atmosphere against the backdrop of last Friday’s explosion at the Saratoga Hotel in Old Havana.

Each agenda will be set on Sunday. At the edge of the 10:00 AM, he will head to the Plaza de la Revolución to place floral offerings in front of the Jose Martí memorial and then visit the Monument to the National Hero of Cuba.

The Cuban authorities expressed their satisfaction with the arrival of the presidency and thanked López Obrador on several occasions for calling for the lifting of the economic, commercial and financial embargo imposed by the United States against Cuba. 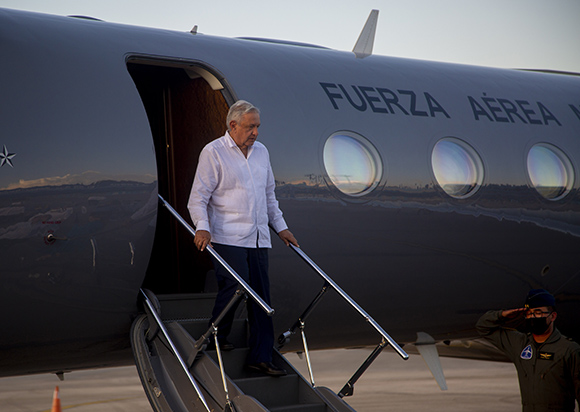 in the frame 120 years of unbroken diplomatic relationsThe two countries expressed their interest in deepening cooperation in various sectors.

Lopez Obrador kicked off a tour of Central America and the Caribbean on May 5 Which led him to Guatemala, El Salvador, Honduras and now Cuba, as part of the government’s strategy to deepen relations with the South.

This is the president’s first working visit to the island, and official talks with the highest Cuban authorities are scheduled for Sunday.

In 2007, Cuba sent 54 health collaborators as a result of floods in southwestern Mexico. Thus began the bilateral cooperation in this sector, which later deepened by sending 40 Cuban doctors in 2017 to assist the victims in the Isthmus of Tehuantepec, Oaxaca.

Between 2020 and 2021, Cuban medical brigades traveled to that country with a total of 1,479 cooperators to counter COVID-19.

Educational cooperation began in 1975 with the signing of an educational and cultural cooperation agreement between the two countries. According to official figures, so far 1,544 Mexican students have graduated in Cuba, and 462 citizens of this country are currently educating on the island.

Havana recognized the importance of Mexico as a regional actor and expressed its willingness to cooperate in addressing the main challenges of Latin America and the Caribbean.

(With information from Prensa Latina and today) 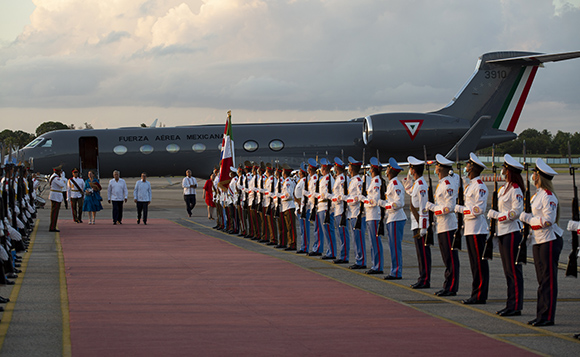 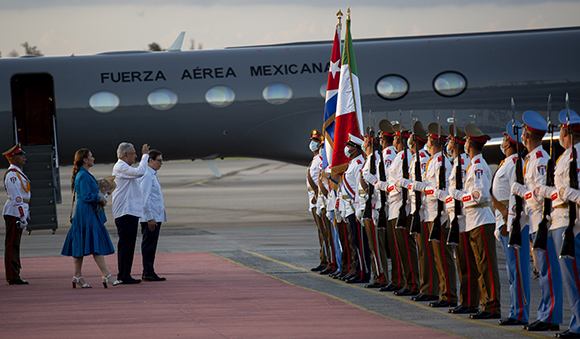 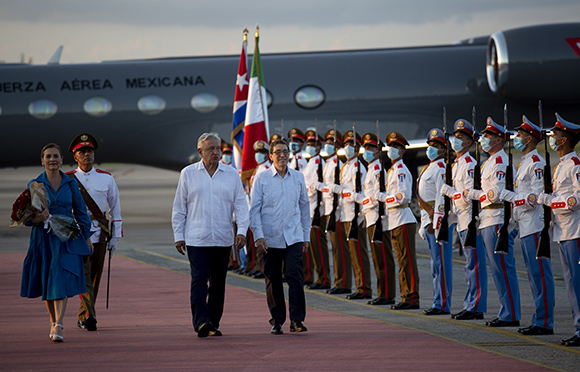 AMLO is in Havana on a business visit, concluding his tour of Central America and the Caribbean. Photo: Ismael Francisco / Cubadepat. 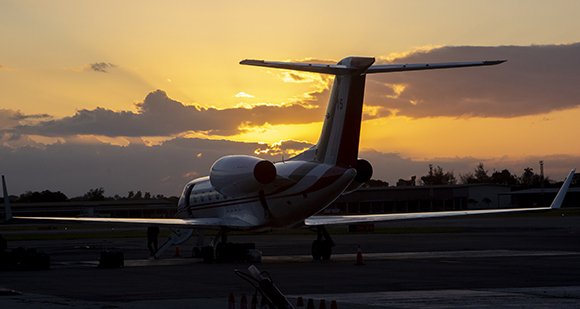 On his tour of Central America and the Caribbean, President Andres Manuel Lopez Obrador used an aircraft from the Mexican Air Force. Photo: Ismael Francisco / Cubadepat.

The President of Mexico is already on Cuban soil lopezobrador_ you welcome in # Cuba #AMLOenCuba pic.twitter.com/fGE6pRZYzU

Presidency of Cuba 🇨🇺 (PresidenciaCuba) May 8, 2022