Over the past ten years, streaming has gone from being an exciting novelty to becoming an irreplaceable household necessity. Now, with the availability of streaming technology, we can watch films, listen to music, and even play live games at any time and from any place.

In the late 1990s, Netflix was just a simple DVD exchange service. The legend goes that founder Reed Hastings, after receiving a $40 Blockbuster fine, dreamed of a company where he could enjoy watching a movie with no strings attached. As online technology became more advanced, the Netflix founders realized they could create even more convenient ways to provide viewers with their favourite films. How? By streaming.

Streaming works by playing a video file inside a browser, loading a little bit at a time. To put it in more technical terms, the full video file is broken into small pieces of data that a browser’s video player takes and interprets. Compared to downloads, where a file has to be complete for it to be watched, streaming satisfies that craving to watch a film instantly.

Utilizing this innovative technology, by 2007, Netflix offered its streaming service alongside its DVD exchange. Just three years later, in 2010, the company dedicated itself to streaming full time, fulfilling Hastings’ dream of a film service with a flat rate. Now, in 2022, the company has become so successful that it has begun to expand and buy out companies like Roku, the brand that provides hardware for smart televisions and streaming.

Netflix has been the trailblazer in introducing streaming technology to the home. Before, if no Blockbusters were open, the only other way to watch a film would be by downloading it, which took a lot more time than it does now. The video streaming company paved the way for other media companies to make new forms of entertainment available to wider audiences.

Here are a few ways that streaming has changed the way we experience entertainment forever.

Although people continue to watch cable television and go to the cinema, streaming has grown exponentially in popularity over the last few years. While Netflix has certainly taken the lead when it comes to full films and series, YouTube has also done well since its inception in 2005. With over a billion users and three hundred hours of video uploaded every minute, YouTube’s viewership has also grown both in quantity and quality. In many cases, viewers have begun to binge-watch, which involves streaming a large amount of content in a single dose. This has made it difficult for video streaming services – which have now developed into production houses as well – to keep up with their viewers’ consumption habits. To curb this acceleration, some streaming services have began to release episodes on a weekly basis.

Like films, the gaming industry also relied heavily on discs to deliver its content to customers. Since then, however, streaming technology has become part and parcel of the online gaming experience. As the technology is able to support online chats, player stats, and video graphics, players can enjoy their favourite games from the comfort of their own homes. For iGaming titles like roulette, in particular, streaming technology has enhanced the player experience, namely with the incorporation of live dealers. Due to the fact that roulette has so many different variations, players have their specific preferences, so it’s important that online casinos cater to those needs to the best of their abilities. With the help of streaming technology, online casinos can offer multiple variations of roulette with live dealers, allowing players to get wrapped up in the action of the game the way they like to play.

See also  Why Nigeria is clamping down on bitcoin 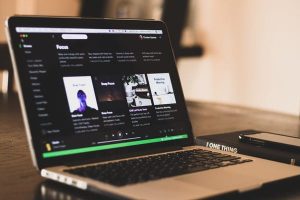 Perhaps the most disc-centric format of all, music has greatly changed with the rise of streaming technology. While some people still buy physical copies of records for the novelty or for special listening experiences, Spotify, Soundcloud and Bandcamp have grown increasingly in popularity since the 2010s. There are many ways that streaming has changed the music industry, but one of the most popular might be the agency that new artists have. It’s easier to upload music on a streaming service than to get discovered by a label, so artists can build their own audiences and speak directly to their fans.

Streaming has made entertainment all the more accessible for many types of audiences. Typically paying a flat fee or sometimes enjoying the platform for free, audiences can enjoy all sorts of media at home or on the go.