Castillo. Since the first stone was laid in 1993, the Riu Sec Campus has been transforming and evolving over the years. This campus in the 1990s gave way to an entire university city of more than 750,000 square meterstwo, an integrated, modern and connected space that, since its inception, aspires to innovation and sustainability. Its construction was a revolution in the physiology of Castelló, which led to the expansion and modernization of the capital of Castellón.

The Jaume I University campus has grown into the space we know today. To the first building constructed in 1994, the Faculty of Legal and Economic Sciences in 1994, new buildings were added such as the Higher School of Technology and Experimental Sciences, the Library or the Rector’s Office in 1999. In addition to Àgora, – meeting space par excellence on campus – Faculty of Humanities and Social Sciences in 2002, or the Science, Technology and Business Park in ESPITEC in 2005.

But this expansion has not stopped after three decades. Several works have been carried out in recent years to continue contributing to the growth of the university, which is among the top 200 young universities in the world. Let’s do a review.

On the other hand, the College of Health Sciences (which opened in 2018) has entered the final stage of internal adaptation – classrooms and laboratories – from the last two modules. Completion of these actions, scheduled for June, will put an end to the construction of the grand building that is, without a doubt, a long-held claim by UJI leaders. This work, divided into three phases, was one of the most important for the University of Castellón, in which it has invested more than 21 million euros.

Other projects being implemented on the campus are also expected to be completed in June temperature garden. It is a new green area of ​​10,000 square meters, located between the Faculty of Humanities and Social Sciences and the Sports and Central Services Building, which has an investment of more than one million euros.

Similarly, the University of Jaume I is finalizing the tender for its new Transport and Innovation Building, which has a budget of around €8 million. The University of Castellón never ceases to grow and this new facility will target research groups, institutes and companies with the aim of promoting the transmission of the results of the research activity conducted at UJI. The new building will be located between Espaitec and Research 2 building in an area attached to the nursery school on the campus. In addition to this work, UJI is also creating a new Center for Educational Innovation and Digital Technologies (CIETD) in alliance with the Ministry of Education which has a budget of 5.4 million.

On the other hand, the University of Castellón has just completed the energy rehabilitation work of the JC1 and JC2 modules and the installation of solar panels at the Faculty of Legal and Economic Sciences in the amount of €1 million. Similarly, solar panels are also being installed in the College of Humanities and Social Sciences. These two projects are added to others already implemented, such as the solar PV complex in the Sports Building and Central Services in March 2021. 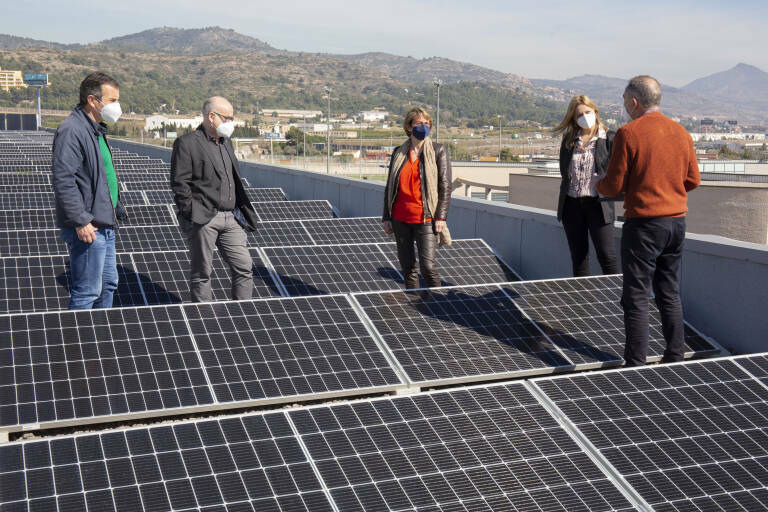 In the case of the College of Legal and Economic Sciences, the JC1 and JC2 energy rehabilitation projects focus on improving the thermal insulation of the roof, replacing the fan coils with more efficient ones with central control, replacing the lighting with new ones with low consumption LED technology and implementing a self-consumption photovoltaic installation in order to improve the energy efficiency of the building and reduce its consumption.

These measures for energy efficiency, renewable energies and the installation of PV solar collectors on rooftops are part of the action plan for sustainability and against climate change endorsed by UJI to transform the Riu Sec campus.