The President of Cuba, Miguel Diaz-Canel, congratulated the President of Mexico, Andres Manuel Lopez Obrador, on Monday on the success of Sunday’s popular referendum.

The head of state described the referendum on his Twitter account as an “unprecedented assessment” in that country.

Lopez Obrador received more than 90 percent of the votes cast, in an exercise conducted for the third time by a Latin American country (Venezuela had previously done so with Hugo Chávez in 2004 and Bolivia with Evo Morales in 2008).

In a message broadcast by the National Palace at dawn today, the Mexican president declared that it is an “unprecedented thing” and a step forward for the consolidation of democracy in his country.

Likewise, he thanked those who voted to continue until September 2024 and told them, “Love pays with love and I will never betray you.”

The president criticized not installing the same number of boxes as in 2018, noting that in many municipal seats there are none and these are located 30 or 40 kilometers away. He also criticized the high level of abstention, which did not allow the achievement of the goal set in the constitution, which is 40 percent of the participation of the nominal list.

After the victory, the leader of the ruling Morena party, Thomas Bligo, also highlighted the success of the referendum, noting that this time more people voted for the president than the National Action Party voters in the 2021 elections.

We can be proud that participatory democracy is being practiced. We are millions with AMLO! (short for president), he noted.

Mexico’s President, Andres Manuel Lopez Obrador, said in a stroke of midnight that with the consultation on the abolition held on Sunday, we affirm democracy. 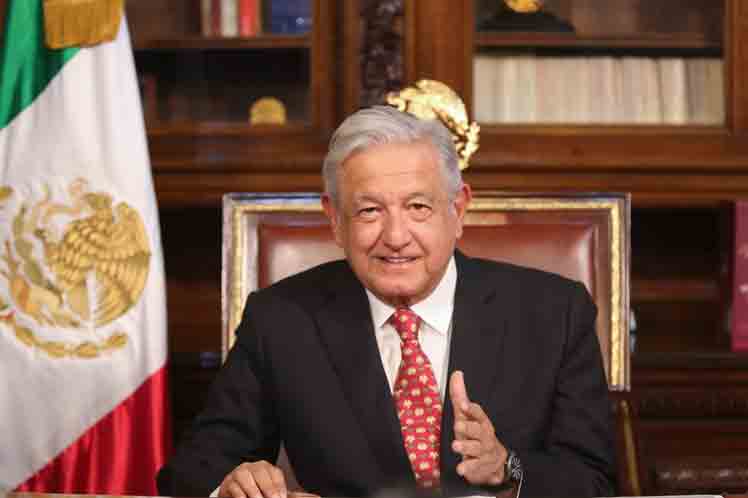 In a recording from the National Palace released by national media this morning, the president described a very good vote and a good day. He garnered more than 90 percent of the votes cast for him.

It was a historic night, as it helps the people of Mexico advance in participatory democracy to change the form of their government at all times.

“It is undoubtedly a transcendent night because for the first time there has been a de-authorization process, a consultation to ask citizens whether or not they want the President of the Republic to continue, this is something unprecedented and a step forward in the purpose of affirming our democracy,” he explained.

He thanked that more than 90 percent of those who voted wanted it to continue until September 2024, telling them ‘Love pays love, I will never betray you,’ and told the opposition that there was no exercise like this, ‘But now I have more votes to continue it than it was. In 2006, when they manipulated me».

López Obrador criticized that the same number of polling stations were not installed as in 2018, and, as an example, noted that in many municipal capitals – such as Tipetitan, Tabasco, where he belongs – there were no and were present. 30 or 40 km.

He also criticized the high level of abstention, which did not allow the achievement of the goal set in the constitution, which is 40 percent of the participation of the nominal list.

In a democracy you win or you lose, and you don’t have to choose to abstain, or say “If I’m going to lose, why should I participate?” So it’s not a democracy, because the important thing is to exercise one’s right to demonstrate, he said.

(With information from LP)