Ines Maria Chapman, Deputy Prime Minister, highlighted at the ceremony the active participation of scientists in the response to COVID-19. Photo: ACN.

The awards of the National Academy of Sciences of Cuba (ACC), corresponding to researchers from the province of Holguín, were delivered on Wednesday in the eastern city. In recognition of the integration of this branch in the economic and social field.

this time, The Territory has received two awards from the Universities of Holguín and Mo, as key executives in matters of improving the use of minerals and expanding cement production.

The contributions awarded were, Determination of technological indicators and cutting parameters in high-speed processing of steel by experimental methods, numerical simulation and artificial intelligenceWritten by lead authors Roberto Perez Rodriguez and Luis Wilfredo Hernandez Gonzalez, as well as Determination and evaluation of kaolin clay for the production of LC3 tertiary cement and LC2 . active mineral additivesWritten by Roger Samuel Manares Reyes and Adrian Alojas Diaz.

In these studies, which have positive effects on industrial development, eminent researchers from the University of Camagüey Ignacio Agramonte and Central Martha Abreu, located in the province of Villa Clara, collaborated.

#ACNreporta Presentation of the National Prize of the Academy of Sciences of Cuba, in # HolguinAnd # CubaIn the presence of the Deputy Prime Minister Tweet embed. Tweet embed pic.twitter.com/T2NvlI33hh

Ines Maria Chapman, Deputy Prime Minister, highlighted at the ceremony the active participation of scientists in Coping with COVID-19 Incorporating innovation in management solutions in construction, water resources, education, sports and agricultural development, and urging winners to continue adventurous research and to advance their master’s and doctoral theses core. in human capital formation.

During the day An annual award was also given Student Researcher, Young Researcher and Young Technician 2019 and 2020, awarded by the ACC to Distinguished Beginners in various categories such as social sciences, humanities, technical, pedagogical, physical culture, and non-biological processes.

The ceremony was held at the Expo-Holguín . fairgrounds It was also chaired by Armando Rodriguez, Deputy Minister of Science, Technology and Environment (CITMA), Alexandre Miranda, Chairman of the Committee on Science and Innovation of the Central Committee of the Communist Party of Cuba, Roberto Pérez Rodriguez, President of the Northeastern Academy of Sciences branch and Julio Cesar Estobinan Rodriguez, Governor of the Province and Deputy National Assembly of People’s Power .

ACC Awards Founded since 1986 and more than 1,500 research papers have been awarded the Scientific Creativity AwardHighlighting the Cuban flag as part of the national and world heritage and its contribution to the country’s social and economic development. 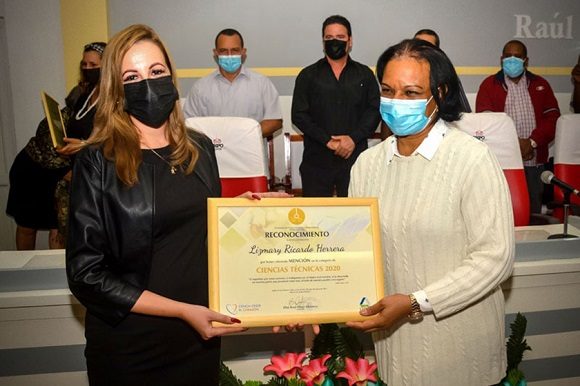 The ceremony was held at the Expo-Holguín . fairgrounds. Photo: ACN. 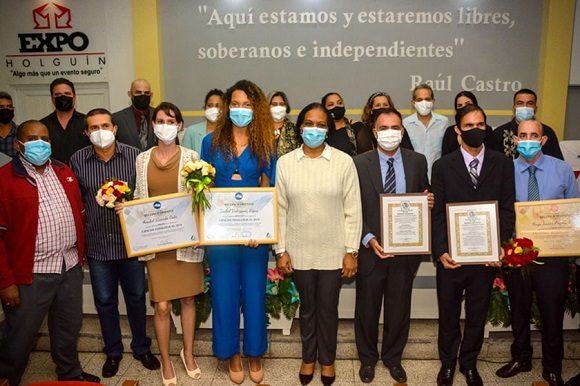 Holguin researchers are honored with the National Awards of the Cuban Academy of Sciences. Photo: ACN. 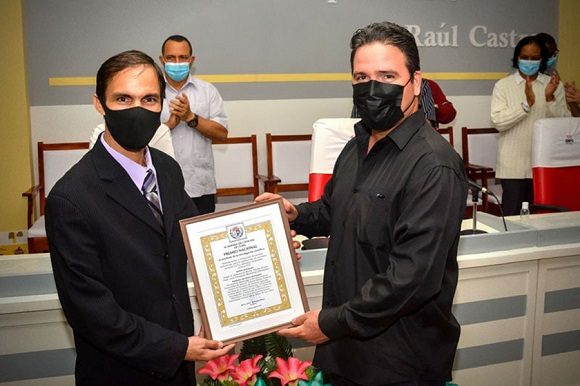 The ACC Awards have been presented since 1986 and more than 1,500 papers have received the Scientific Creativity Award. Photo: ACN.