It’s always amazing seeing mummies because of the way they’ve been able to sustain themselves over the years, but Columbia has managed to take care of them so well that there are incredible details to see.

In San Bernardo, a mortuary has been found for more than half a century, but recent photos have caused an uproar due to the care the bodies take.

The petrified bodies, of people born around the last century, were first discovered in the 1950s after a local cemetery was moved due to flooding.

You may also be interested in: No Unlawful Deaths at Children’s Hospital: Gilberto Rosso

The mummies currently appear in the mausoleum of the Colombian cemetery, and their facial features, hair, and even clothes are still intact.

It remains unclear how the bodies were embalmed, a process that involves drying or embalming the newly deceased, without any chemical intervention.

Relatives of the deceased accepted the presentation of their bodies, saying that it allows them to see their relatives for themselves. 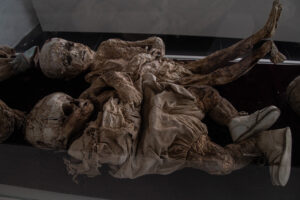 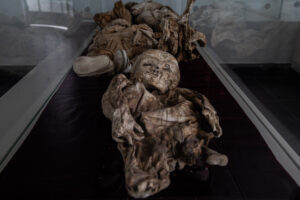 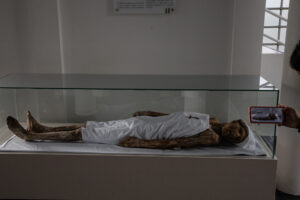 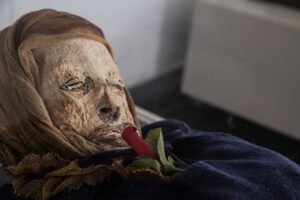 Read also: They found mummies of children in Peru, it is believed that they were sacrificed